School Choice: The Rest of the Slippery Slope (Part 4 of 6)

In Part 1, we talked about the impact SCOTUS is having on education; in Part 2, we saw how the private school setting didn’t produce higher achievement for students. In Part 3, we looked at how the effects of School Choice compounded with each other to produce schools segregated by race, income, and social status.  Unfortunately, there’s still more to consider with school choice, especially since the movement toward it has been accelerated and exacerbated by the pandemic. 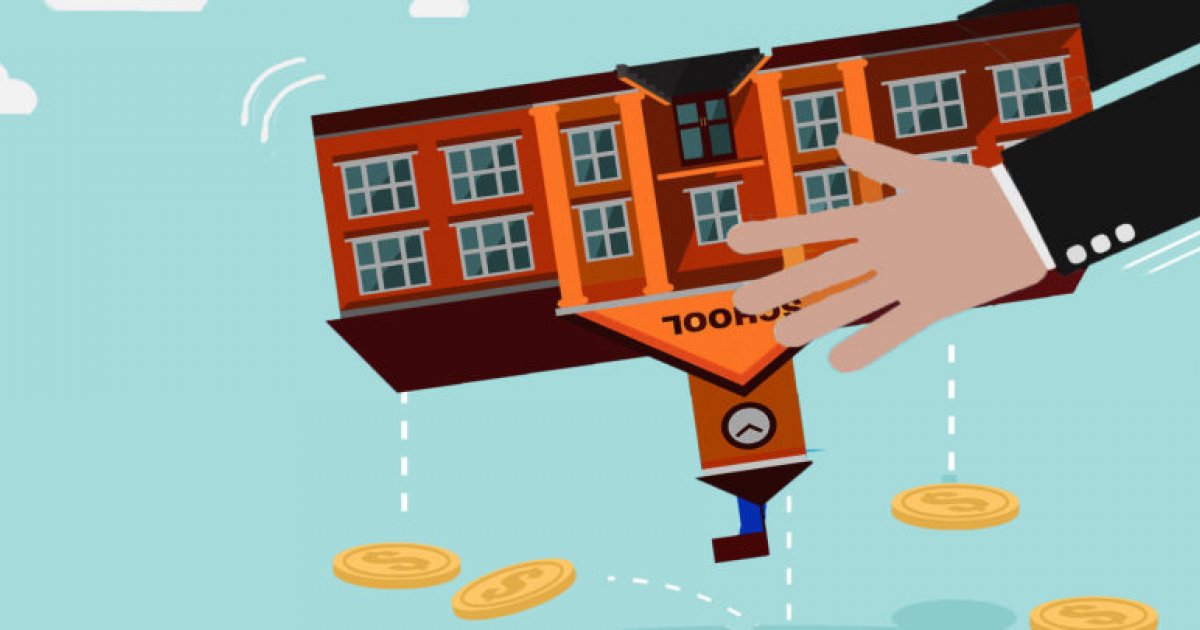 Choice gives private schools all the benefits of taxpayer money with none of the expectations or restrictions on its use. Private schools can pick and choose who they want to admit, passing over any who are expensive or difficult to educate. Most private schools decline to educate special needs students, either excluding them completely or sending them to adjacent public schools for instruction.  Students who are English Language Learners may also be excluded or sent elsewhere for instruction.  Private schools are also free to reject students based on whatever internal calculus they have developed – even race and income status, though these may not be explicitly listed. They don’t have to reveal or justify their process for admitting students or ensure fairness in the admission process in any way. They also don’t have to hire certified teachers; many do, but they aren’t required to do so like public schools. It’s also much easier for private schools to expel or otherwise rid themselves of ‘undesirable’ students, forgoing the specific protocols required in public schools (which are determined by state regulations, state and federal laws, and the U.S. Constitution) and using whatever metrics the private school has devised (think Code of Conduct contracts), even if those are not in line with state or federal laws.  They can more or less rid themselves of any student they prefer not to educate, as when a Louisiana kindergartener was told by her private religious school that she could no longer attend there because her parents were a same-sex couple.  Private school students typically have fewer options to contest expulsion because private institutions are not bound by constitutional freedoms like speech. One school choice tenet is that educators should be free to educate “as they see fit,”  meaning they don’t have to be bound by state standards or state tests.  Taken as far as that can go, they can teach whatever they want, however they want, with no check on veracity or efficacy. State tests are far from perfect, but they are at least a minimal measure of student learning and offer a platform for comparison between schools and districts.

Such situations are compounded by questions of financial accountability. In Arizona, where the governor has greatly expanded the voucher system and is seeking to expand it further, parents have access to $7000 per student to apply toward private school or “other educational costs” though what these might be isn’t clearly spelled out and the state is lacking any kind of process for financial oversight to ensure the monies are spent on what they are meant for.  The potential here for financial disaster is immense.

It benefits only a tiny fraction of students.  In Iowa, where the governor was pushing a school choice bill in 2022 (it has since died, but she is promising to introduce it again), the estimated benefit applied to 2% of students statewide (just under 10,000 kids). The negative effects would be borne by the other 98% (about 500,000 kids) left in the public schools, especially those in rural and small town schools who make up 60% of all students in the state.

There are many indications that this fact isn’t lost on the wider public.  The populace as a whole isn’t 100% behind school choice/vouchers; rather, decisions are being made by a minority of lawmakers and their backers. In Arizona, “Voters soundly rejected the expansion by a 2-to-1 vote in the 2018 election, but advocates of what are formally called ‘Empowerment Scholarship Accounts’ pushed ahead with new expansions anyway. The universal voucher bill passed with only support from majority Republican lawmakers.” In Iowa, a majority of voters are against school choice vouchers but the governor pushed voucher legislation anyway.  It died in committee because rural legislators refused to support it, fearing it would disproportionately affect their districts (it will). The NEA asserts that widespread dissatisfaction with public schools is a myth created by choice advocates. Or perhaps dissatisfaction stems not from a lack of choice, but from persistent underfunding — even in states with budget surpluses. I’m not a conspiracy theorist, but refusing to fund schools when there’s ample budget to do so strikes me as very odd. 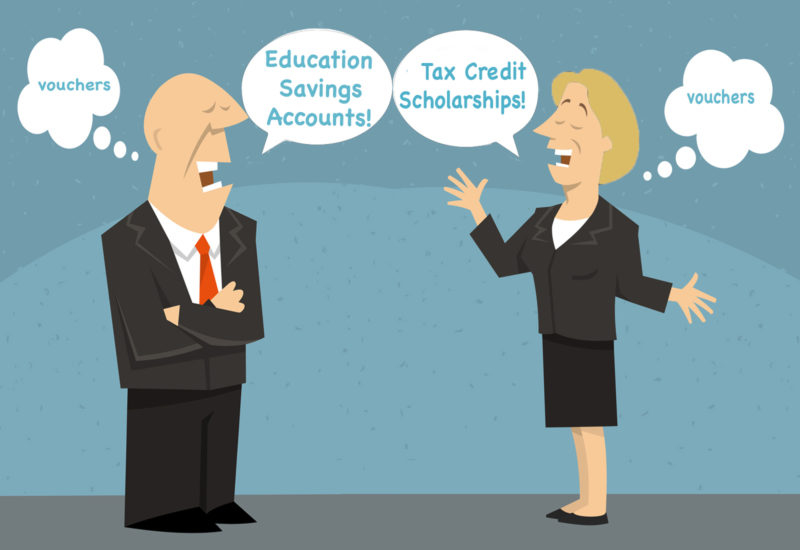 It’s clear, though, that some facts are lost on the general public — or maybe just deliberately obscured —  because there’s increasing disingenuousness in how surveys about school choice are presented, particularly from organizations that support school vouchers/choice such as the Cato Institute, EdChoice, the American Federation for Children, the Alliance for School Choice, and a host of others (all of which, incidentally, pay to have their websites top search engine results, so if you Google “school choice” you’re going to see only articles with the rosiest construct possible).  In their polls, respondents are asked if they support the ability to send their children to schools not administered or controlled by a school board, but don’t mention that those schools might be controlled, instead, by a for-profit company with a primary, vested interest in making money rather than educating children. The options survey respondents are given don’t offer the full picture.

“Fifty-four percent of respondents said they were in favor of universal vouchers only when asked about a proposal that ‘would give all families with children in public schools a wider choice, by allowing them to enroll their children in private schools instead, with government helping to pay the tuition.’ The word ‘vouchers’ wasn’t included. But among respondents who were asked explicitly about vouchers, support dropped to 44 percent.”

Naturally, this has led to many surveys from school choice advocates dropping the word voucher, which obscures how the public really feels about school choice . The only place the word voucher didn’t make a difference? When respondents were asked about vouchers for low-income students to opt out of their public systems attend private schools – no matter how it was phrased, support hovered around 44-45%.

I’m going to close with this: The Cato Institute’s Center for Educational Freedom, a libertarian organization founded and funded by Charles Koch, argues that giving people the choice of where to apply their tax dollars for their children’s education will make the recent trend toward highly politicized and contentious school board meetings simply go away; everyone will be happy and school districts can exist without conflict.  It’s a tempting prospect, even magical; but then, so are unicorns.  Why will this magical transformation occur? Because all the people sparring with the school board will be able to send their kids to private school at state expense. This argument is really saying, ‘give us what we want, and we will go away and never bother you again.’ This is so absurd it might almost be funny if they weren’t completely serious.

Right now, school choice proponents aren’t in the majority but they are making the most noise; those of us in public education – educators and parents — need to start making our voices heard with state level legislators.

Did you think we were done?  We’re not.  In Part 5, we’re going to look more closely at how school choice drives segregation in public schools.