In Part 1, we talked about the impact SCOTUS is having on education; in Part 2, we saw how the private school setting didn’t produce higher achievement for students. In Part 3, we looked at how the effects of School Choice compounded with each other to produce schools segregated by race, income, and social status. In Part 4 we talked about the ways in which choice offers funding without accountability for private schools. In Part 5, we’re looking more closely at the relationship between choice and segregation. 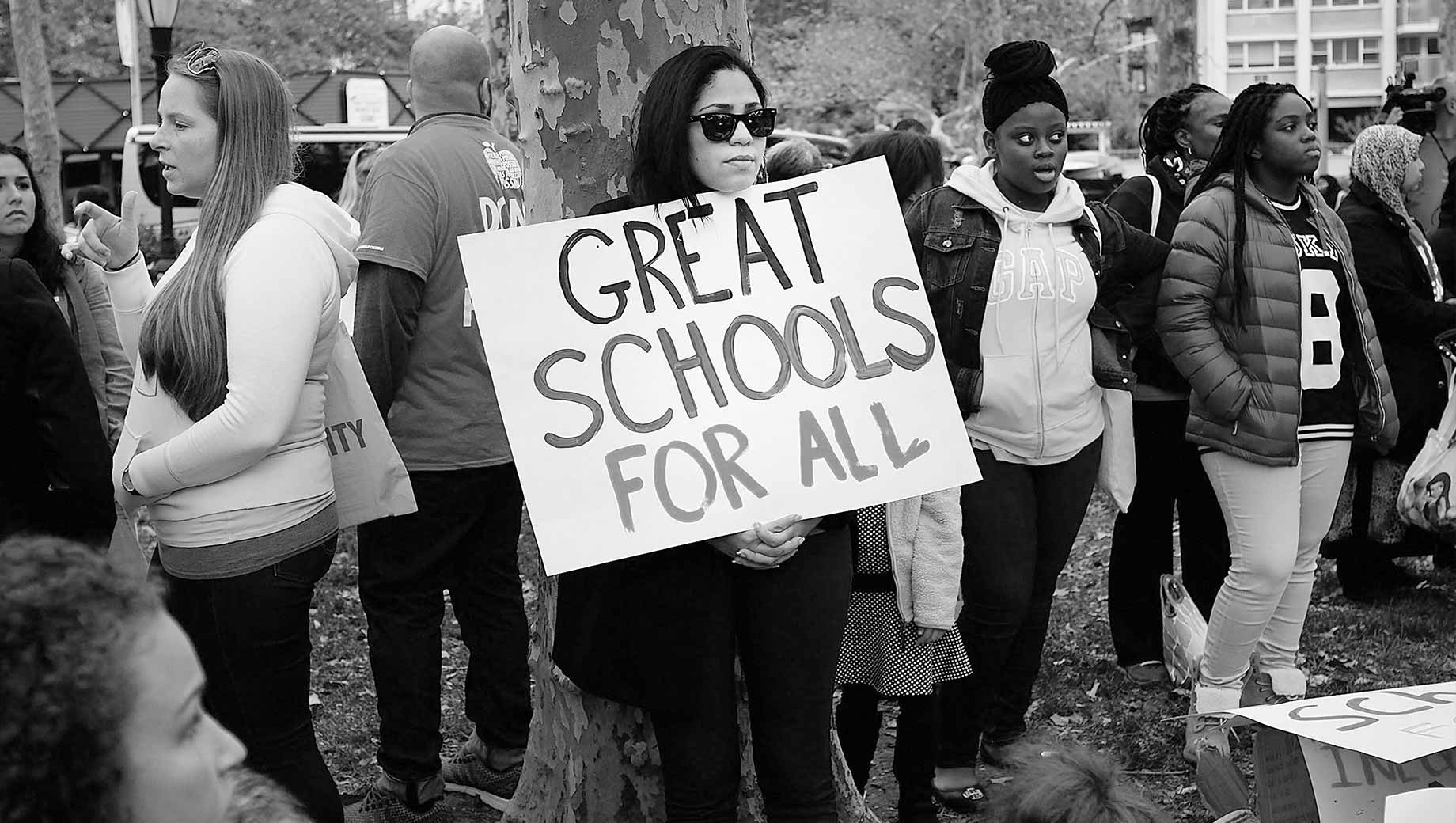 If I asked you to guess what the most segregated state for Black and Hispanic students in the U.S. was right now, in 2022, what would you say?

Think about it for a second.

Did you guess somewhere in the South, maybe Mississippi? Or Louisiana? Did you guess Texas?  Or maybe Arizona?

Nope, nope, nope, and nope; the most segregated state for students in the U.S. in 2022 is New York.

Specifically, New York is the most segregated state for Black students and the second most segregated for Hispanic/Latino students after California. But taken altogether, New York gets the top slot. This data comes from the UCLA Civil Rights Project and one of the things they specifically looked at in their research was  “…the expansion of school choice and charter schools and how they may have contributed to the continued segregation of the city’s schools.”

If we were going to entertain for even one second the idea of increasing school choice options, logic demands that we look very carefully at what happens to the student population as a whole in the wake of such policies. Are they doing what they say they will? Are they giving better opportunities and education to poor kids? To Black and brown kids? No. In fact, the situation in New York demonstrates that the reverse is occurring: the opportunities and better educational resources and experiences are being concentrated in a few schools that serve mainly white, affluent students.  In particular, the report found greater racial/ethnic isolation in the charter schools compared to the traditional public schools, calling charters the “most highly racially isolated.”  Even gentrifying run-down neighborhoods, which has been incentivized through tax abatement in New York City to address urban decay, doesn’t work to desegregate schools precisely because school choice exists:

“Gentrification research shows that when middle-and upper-class families have school choices, as they do in New York City, they are more likely to move into low-income neighborhoods, knowing they can enroll their children in better quality schools outside their area. Thus, although gentrification desegregates a community, at least for some time, school choice may inhibit residential integration from extending to neighborhood schools”1

This isn’t revelatory: it’s been documented in other systems by hard research:

“School choice policies in particular have been singled out as a tool that higher income, White parents in urban (and, increasingly, suburban) districts use to gain entry into the most desired schools … Middle-class families in gentrifying urban neighborhoods, who are overwhelmingly White, frequently leverage school choice options to enroll in private schools, charter schools, or specialized programs such as gifted and talented (G&T). These schools also tend to be less racially and socioeconomically diverse than their neighborhood schools …. Consequently, in many urban school districts, choice policies function to benefit the most advantaged families in the system, often to the detriment of less economically advantaged students of color whose access to higher quality educational opportunities can be constrained by increased competition.“2  (emphasis mine)

And: “White, advantaged families are more likely than other groups to get their children into the highest quality schools regardless of the specific school choice policies in place.”3

So the root question remains: who is most benefitted by school choice? White families. In particular, affluent white families. In Part 6 we’re going to look at one school in NYC that demonstrates how white parents can wield their influence to shape an entire public school system both in good and not so good ways.