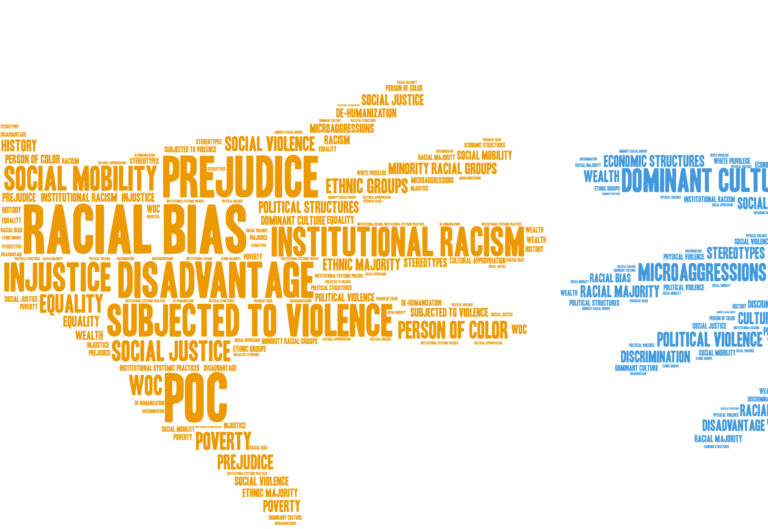 Critical Race Theory (CRT) has been in the news a lot recently, cast in both a positive and a negative light.  Some contend it’s an important lens to apply to institutions and systems across the U.S., others say it’s divisive and intended to make white people feel guilty for racist practices of the past.  Several states (Idaho, Oklahoma, Tennessee, Texas, Iowa, New Hampshire, Arizona, and South Carolina) have passed laws banning the teaching of CRT in public schools. Only Idaho specifically references CRT in its law — the others skirt that term but ban the discussion, training, and/or orientation that the U.S. is inherently racist as well as any discussions about conscious and unconscious bias, privilege, discrimination, and oppression. These parameters also extend beyond race to include gender lectures and discussions.  Many other states are attempting to pass similar legislation.  But the legislation is making a supposition — an incorrect supposition — that Critical Race Theory is a defined curriculum framework which it is not.  Critical Race Theory is a critical lens —  a specific perspective used to examine a variety of subjects, including literature, journalism, institutions, practices, laws, and so on.

Critical lenses are explicitly taught in English classes, particularly in upper-level classes such as AP, but they are useful for any class reading literature and for Social Studies classes as well when students attempt to understand why and how particular events occurred or decisions were made historically.  Lenses allow the reader to analyze literary and non-fiction pieces, historical events, and social and cultural systems and practices  by putting themselves into a particular, defined frame of reference in order to interpret from that point of view.  A person’s point of view can dramatically change how they look at a situation. This is not good or bad; it just is.  Everybody uses lenses whether they realize it or not.  Consider one example:

All of these interpretations are valid. The people involved are simply viewing the situation using different lenses.  The toddler is using the only lens s/he knows and the parent is using a lens dictated by the imperative to keep the child alive and well.  When children get older, we teach them to apply the survival lens to situations and environments so they can take over monitoring their own safety. When they decide they love parkour, they chuck aspects of that lens out the window and use a different one.  Ultimately, we learn to deploy a variety of lenses to our work and relationships, layering them or discarding parts of them as needed.  Sometimes we adopt a new lens that offers us an “aha!” moment — a new way of interpreting something we thought we already understood.

In this way, lenses can make us aware of things we might not otherwise see because of over-familiarity or because we just accept them as the way things are.  The critical lens of Feminism changed how we respond to Disney princesses, leading Disney to change its princess template from the passive girl waiting for rescue for whom a handsome husband is the end goal (Sleeping Beauty, Snow White, Cinderella), to the young woman who saves others from danger and/or the guy from himself and gets the prince in the end (Ariel, Belle, Mulan, Tiana), to the young woman with agency who rescues others and doesn’t need romantic fulfillment to do so (Moana, Elsa/Anna, Raya).  In fact, using a feminist lens is a fascinating way to analyze the whole evolution of the Disney princess, beginning with source material (Grimm’s fairy tales, Chinese poetry) and moving through the present day.  It would provide an English class with a lot of discussion fodder and material for critical essays and argument.

Critical Race Theory is a lens like any other lens.  Critical Race Theory has been around since the 1970s, when it arose as a graduate-level academic framework (lens) among legal scholars.  Its basic tenet was that racism and disparate racial outcomes are the result of complex, changing, and often subtle social and institutional dynamics, rather than explicit and intentional prejudices in individuals.  Institutions, not individuals.  Critical Race Theory has become important to the 21st century because of the events of 2020.  Remember, CRT is not focused on individuals and is not meant to call any particular person out as a racist; rather, it’s meant to analyze institutions and systems using a specific lens.  Taking the example of Disney princesses, we could use CRT and/or Feminism to look at how Pocahontas and indigenous peoples are portrayed versus how this plays out in Moana — where is Pocahontas on the spectrum of princesses? How much agency does she have? What stereotypes might she embody?  How is the conquest of the Americas portrayed?  There’s a lot here that can be better understood using CRT, like the idea of the Noble Savage.

All lenses require evidence.  This is absolutely fundamental; any conclusions we draw must be rigorously supported with evidence from text, primary sources, data, and so on.  Often, such data is and has been readily available, but has gone unremarked until the lens was applied. If, for example, we say that redlining has resulted in a system which makes it harder for poor people and people of color to succeed in school and business, we have to support that with statistical and factual data.  No lens is correct simply because it exists; we have to connect the dots to prove the veracity of our new understanding.

In Part 2, we’re going to talk about why critical lenses are both important and desirable for students and why banning Critical Race Theory may not work quite the way state legislators think it will.