The Intersectionality of Structural Racism: Connecting the Dots 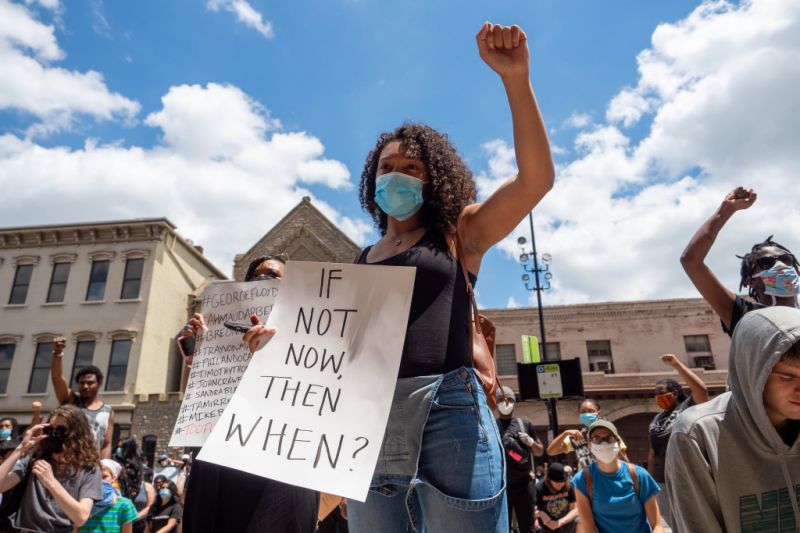 It’s  worthwhile to take a closer look at how this works, because it affects education in several ways.

Redlining arose in the 1930s when banks and lenders literally drew red lines around particular areas where they would not invest, a decision that was based entirely on the racial composition of the areas in question.  Black, inner city neighborhoods were the most likely to be redlined.  Out of this arose the practice of denying federal mortgage loans to residents in “risky” neighborhoods.   The effect of this was declining property values in redlined areas; by 1997 property values in these neighborhoods were half that of neighborhoods deemed “best” by federal mortgage lenders.  In spite of the fact that redlining was made illegal in 1977, disparities in home values not only persist today, but are actually more pronounced.  Additionally, banks were, and still are, more likely to extend mortgage loans to low-income white people than to middle- and upper-income people of color. Redlining practices also extend to student loans, credit cards, and insurance.

Lower property values resulting from redlining play out in several ways.  Businesses are less likely to invest in these areas, and if they do, they tend to charge more for goods and services than in other places.  Another effect of this is a lack of true grocery stores in redlined areas.  Instead, residents must rely on gas station mini-marts, which mainly carry snack food, sodas, and beer.  When this occurs, the area has become a Food Desert.  Residents must travel outside their own neighborhoods, often a considerable distance, to obtain fresh food such as meat, eggs, vegetables and fruits. Food deserts are nearly always redlined neighborhoods in inner cities and they are nearly always populated by people of color. Time spent obtaining fresh food is time not spent on other things like helping kids with homework or working.  Imagine if every trip to the grocery store involved a 2-hour round trip by bus, possibly accompanied by your children because you have no childcare or can’t afford it.  Relying on the mini-mart is considerably more efficient, if less healthy.

The absence of businesses in redlined areas means that many people also have to travel a fair way out of their neighborhood to work.  Again, time spent travelling between work and home is time not available for other things. And travel can make getting or keeping a job difficult; unemployment rates are often higher in redlined areas because people of color experience higher rates of unemployment than do white people.  As of April 2020, Black and Latina women had the highest unemployment rates nationwide — 1 in 5 for Latina women and slightly more than 1 in 6 for Black women.  Black men had an unemployment rate of slightly more than 1 in 7, while White men were at about 1 in 8.  Unemployment translates into higher rates of poverty for people of color and higher stress because of food and housing insecurity.  More on that in a minute.

Lower property values also translate into reduced school funding.  In the U.S., local school funding is tied to property taxes. The higher the tax base, the greater the funding for area schools.  In redlined areas, this can mean hundreds of thousands of dollars less funding per school than in other places.  For purposes of comparison, tying funding to property taxes is not normal practice in other countries.  In Finland, for example, all school funding is at the federal level and is apportioned by student numbers, with extra money directed toward student populations that need extra help. This means a student in a rural community has a shot at the same educational experience as one in the capitol.  But in the U.S., our practices mean that students in redlined areas often have far fewer resources in their schools — fewer computers or tablets, fewer up-to-date texts, poorly maintained buildings, less experienced staff, high staff turnover, and a shortage of counselors.    It is especially hard to recruit and retain experienced, capable staff in redlined areas.  This can — and does — translate into higher dropout rates for these schools and often into lower test scores.  Because of lower test scores, students are often relegated to a curriculum tightly focused on “the basics,” which is always content that is only marginally engaging and of low cognitive demand, which further contributes to dropout rates because there is little perceived value in staying in school.  Students also have less access to rigorous courses like AP or International Baccalaureate programs.  One study found that Black and Native American students had the worst rates of access to rigorous college prep coursework of any group — 43% of Black and 53% of Native American students did not have full access to the kinds of courses that would best prepare them for college.

Another major factor in dropout rates is the rate at which students of color are suspended or expelled.  One study found that Black students make up 15.5% of school populations but account for 39% of suspensions. Frequent suspensions increase the likelihood that a student will dropout. That discipline record can also follow a student and make admission to college more difficult.

Poverty rates, unemployment rates, reduced school funding, lack of quality staff, low test scores, impaired access to rigorous courses, dropout rates, and redlining combine to form a formidable barrier to higher education for those students who do graduate.  African American students are often directed to low-wage work or trade schools following high school completion rather than toward higher education. And if they do aspire to college, they may not have the assistance they need to navigate the application process, the financial aid process, or the ins and outs of actually attending higher ed. One study of the Chicago Public Schools found that 87% of Black students aspired to go to college, but only 65% actually attended either a 2- or 4-year program.  Of those that do attend college, they may find it harder to get student loans because of redlining practices.  And, their dropout rate is far higher than that of white students. Of those who began college, 44.6% of Black students and 35% of Hispanic students had dropped out within 6 years of their start date.  White students dropped out at a rate of 26.9% — that’s a little more than 1 in 4 for white students but almost half of all Black students and more than a third of Hispanic students.

Without a college education, students can’t get better, higher paying jobs which would place them on a trajectory toward greater economic stability.  Education is also a predictor of incarceration rates:  the higher a person’s educational attainment, the less likely he or she is to be jailed. Incarceration rates are also closely linked to dropout rates.   This is part of the school to prison pipeline that pushes kids from poor, largely Black and Latino areas out of their public schools via zero-tolerance policies and the involvement of law enforcement in school discipline that should be handled in-house. Even if a student of color does get a college education, Black college graduates face higher unemployment rates than White college grads with the same degrees.  This makes it virtually impossible to purchase a home outside of a redlined area (or inside). 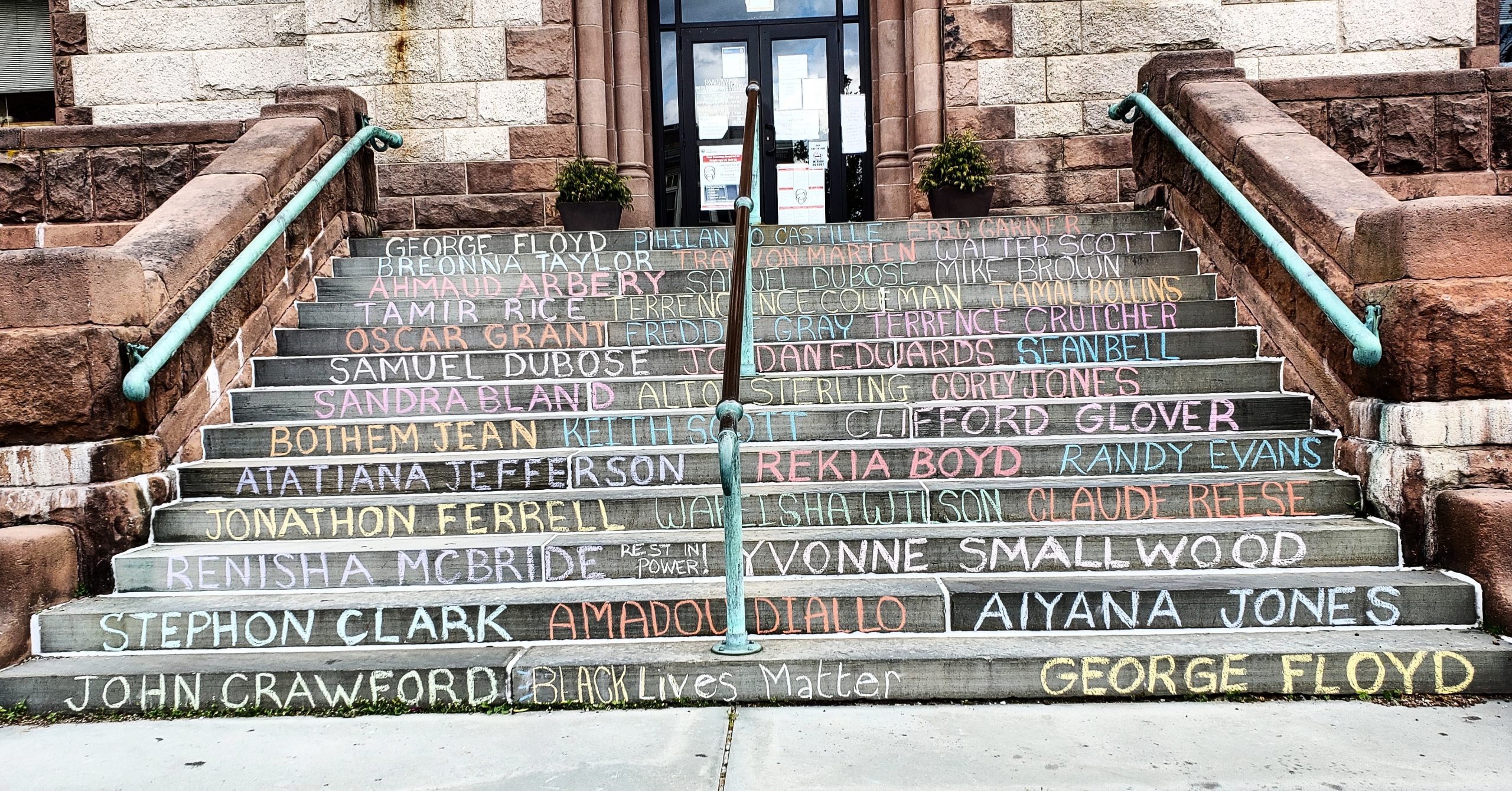 Law enforcement practices are often focused disproportionately on redlined areas with the result that police violence is far more likely to occur there than anywhere else.  In fact, the study found that the more racially segregated an area, the higher the rates of police violence (and of police activity in general — in Ferguson, MO, despite making up only 67% of the population, black people made up 85% of all traffic stops, 90% of citations, and 93% of all arrests).  This increased focus leads to much higher incarceration rates for people of color (Black men are 6 times more likely to be incarcerated than White) and much higher rates of police shootings of both armed and unarmed citizens. Note: the data on police shootings doesn’t include deaths in police custody by other means, such as suffocation. Black men make up 6% of the U.S. population, but 24% of armed shootings and 40% of unarmed shootings (meaning whether they were armed or not when the police shot them) . That’s a massive disproportion.  And that disproportionate focus contributes to high levels of stress for people of color and to the breakup of families and to homelessness and instability.  This instability also directly affects performance in school, test scores, suspension rates, and the likelihood of graduating.  This disproportionate focus also leads to discriminatory practices in the judicial system where people of color are charged with multiple offenses and subject to high fines for misdemeanors like un-mowed grass or parking tickets.

Redlining, law enforcement practices, unemployment rates, dropout rates, food desertification, incarceration rates,  higher poverty rates, the breakup of families, and higher rates of stress contribute to a range of health issues from obesity to heart disease, hypertension, and diabetes.  People of color experience chronic disease at rates far higher than Whites and higher rates of stillbirth and maternal mortality but they have less access to health care both financially and geographically because of the lack of clinics in redlined areas and the high cost of health care. Because health care in the U.S. is tied to employment (but not all employment) the type of job one has directly determines access to health services such as prenatal care, diabetes care, and cancer treatment.  But unemployment rates are higher for people of color, particularly Black people, and the employment many people of color have does not include benefits such as health care.

I have to stop, not because I’m out of information, but because this is becoming a behemoth of a post.  At the very least, it should show us that the system is indeed stacked against people of color in ways White people are barely aware of because it simply doesn’t touch us.   Can a person of color still overcome their circumstances?  Sure.  But it’s exponentially more difficult with so many obstacles arrayed against you.  If you don’t follow my reasoning, do the research for yourself.  Find out about police shootings by race, the history of redlining, how redlining has informed policing, what incarceration does to families and kids, whether rates of incarceration are proportional by race, and anything else mentioned in this post.  It’s not hidden, and it’s not equivocal:  it’s very, very real.  And schools and school districts need to be right out front saying, “enough.”

The Trouble With Grit
The Pitfalls of Virtual Learning