The State of Civics Education in the U.S. – Part II: What Should Civics Look Like? 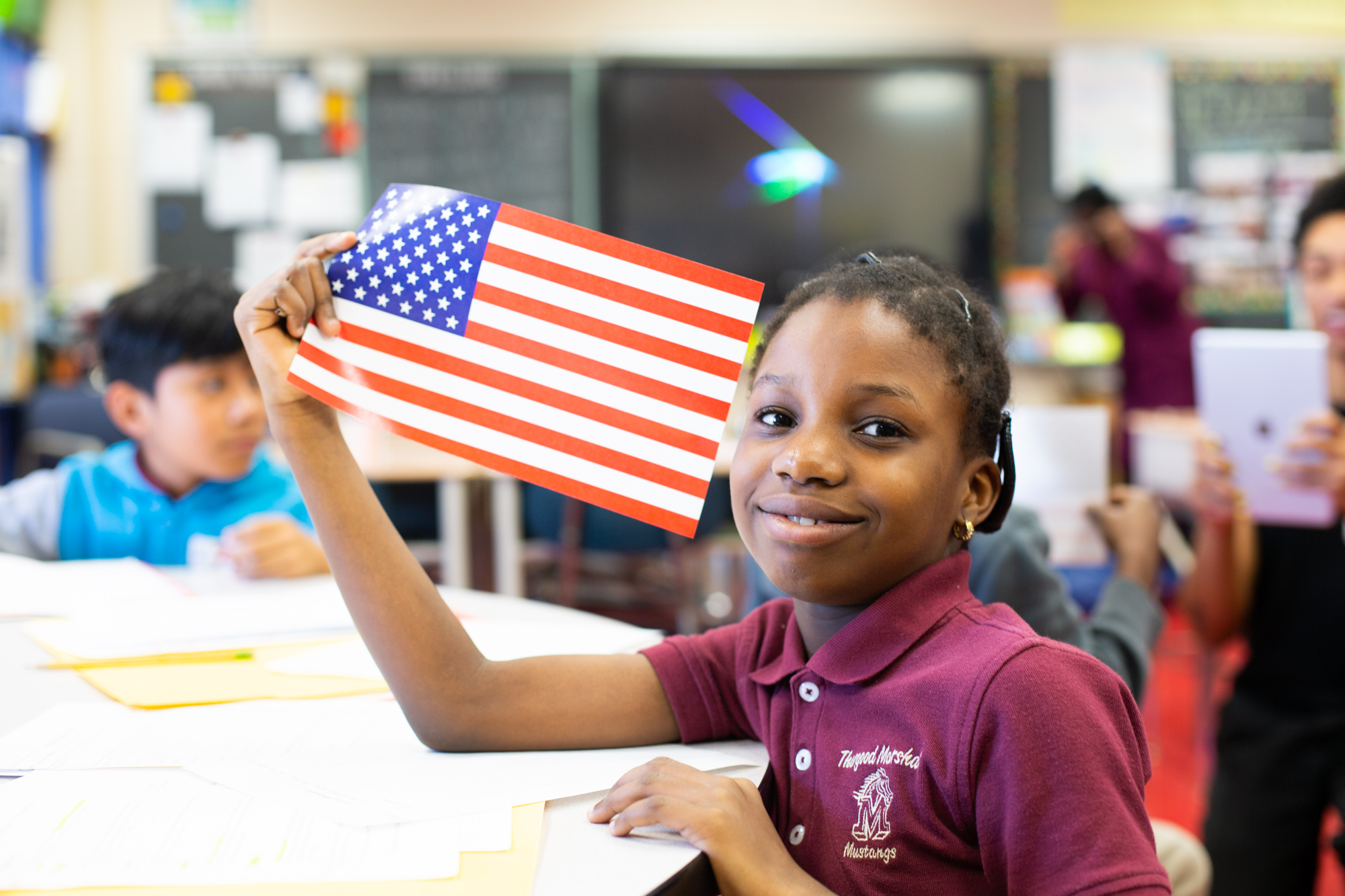 In the last post, we talked about the state of civics education in the U.S., particularly its long, slow decline and its recent reappearance in the national spotlight as our country has struggled with how the events of January 6, 2020 could have come to pass.

Very often, terms in education end up being  empty sound bytes with no clear understanding of what they should look like for students in actual classrooms.  Because of this, it should not come as a surprise that there is some disagreement about the definition of civics education, with people from multiple camps arguing about what should (or shouldn’t) fall under that umbrella. For some states, the information contained on the U.S. Citizenship exam is all that’s necessary for a person to have an adequate civics education: pass the test and you’re good to go.

But, if you hang out in this space at all you know that we at CMSi don’t think most tests are very good at measuring what they purport to measure. In this case, a 128-question test on basic U.S. history and government concepts isn’t likely to prepare a person to engage in civil processes. You might know how many Supreme Court justices there are and why the U.S. entered World War II, but you aren’t going to know how to register to vote, or how to become a volunteer, or how to address problems in your community in a cooperative way.

There is an emerging consensus among those that work on civic learning that knowledge about civics must be paired with developing civic attitudes and behaviors.  Did you catch that? The point of civics education is to develop civic attitudes and behaviors. Civic learning can’t just be an abstract, classroom-centered activity; it has to be relevant to the students and applicable in their world.  They must be able to enact in the real world what they are learning in the classroom.  We call that hands-on, real-world activity and it’s one of the most engaging contexts for learning available to students.

If we follow this logically, we have to conclude that civics curricula can’t be long lists of facts (a pattern that many social studies standards fall into), but need to be concepts that are directly applicable in the real world.  There is an interesting conceptual framework for civics education proposed by a bipartisan group called CivXNow, made up of more than 100 academic and research institutions, learning providers, and philanthropic organizations. Their framework includes:

These look a lot like state standards and would form a very solid base from which to develop more specific content objectives for civics courses.  This is the kind of thing that gets my brain going, thinking of all the cool stuff you could do with kids: if democrats and republicans are so far apart politically, how did we ever get a political party called the Democratic Republicans? And what does it mean when we say the U.S. is a democratic republic? Why did the framers of the constitution land on the rights they did and how are those rights relevant today? What rights do other countries offer their citizens? How do we get laws?  How do courts affect how laws are interpreted?  Let’s act out a court case, argue both sides,  and see if we arrive at the same decision the courts did.  Let’s look at our community and identify some problems that need fixing. How do we go about fixing these issues?  How does the press affect how people perceive issues?  Let’s look at a variety of news sources and see what we notice about their headlines. Is there a material difference between news you watch and news you read? What are the up- and down-sides of free speech? Should rights be absolute or should there be limits on them?  Let’s look at some supreme court cases and see what they concluded. What’s the Rule of Law and how is it applied?

I could do this almost indefinitely.

Is this kind of civics education even desirable?  Yes.  There is emerging research suggesting a correlation between high quality civic education programs and increased civic engagement from students. Students who receive high quality civic education are more likely to “understand public issues, view political engagement as a means of addressing communal challenges, and participate in civic activities.”  What I love about this it the way it empowers kids to do something — vote, write a congressperson, volunteer, campaign — to engage with the world in some way to improve things. So high quality civics education = people who understand how to engage and actually do engage with civic processes.  That’s about as close to a simple input-output system you’re going to get in education.

Are there naysayers?  Sure.  There are those who say civics education opens the door for critical race theory.  I’d say that’s a stretch because a great deal depends on the objectives of the course and I’d remind them that banning CRT doesn’t prevent this or any other course from teaching facts — even uncomfortable facts around things like Redlining and Jim Crow Laws.   And it doesn’t prevent students from examining and evaluating institutions and systems to see how they’ve evolved, where they may not be perfect and what options there are for changing them for the better.  In the right hands, civics education can help students dialogue with each other even when they don’t agree on some things and figure out ways to solve community challenges cooperatively and respectfully.

This is often the tension in education: those who want high-interest, hands-on, real-world lessons and those who want a 128-question test on a few arbitrary facts about the U.S.. Where we land on this spectrum has lasting effects on how much agency our students have to effect change in their communities.

The CiviXNow website has some nice resources and information on civics education.

Rand.org also has a good discussion on how to integrate civics learning in classrooms without necessarily having a specific civics course.  These would work well for smaller districts where staffing and funding are issues.

Edutopia has ideas for weaving civics into elementary classrooms.

The Civic Educator has a list of 3 essential questions for civics that may offer a good starting point for curriculum development.

The Community School: A Novel Approach Based on an Old Idea
The State of Civics Education in the U.S. - Part 1