The Community School: A Novel Approach Based on an Old Idea 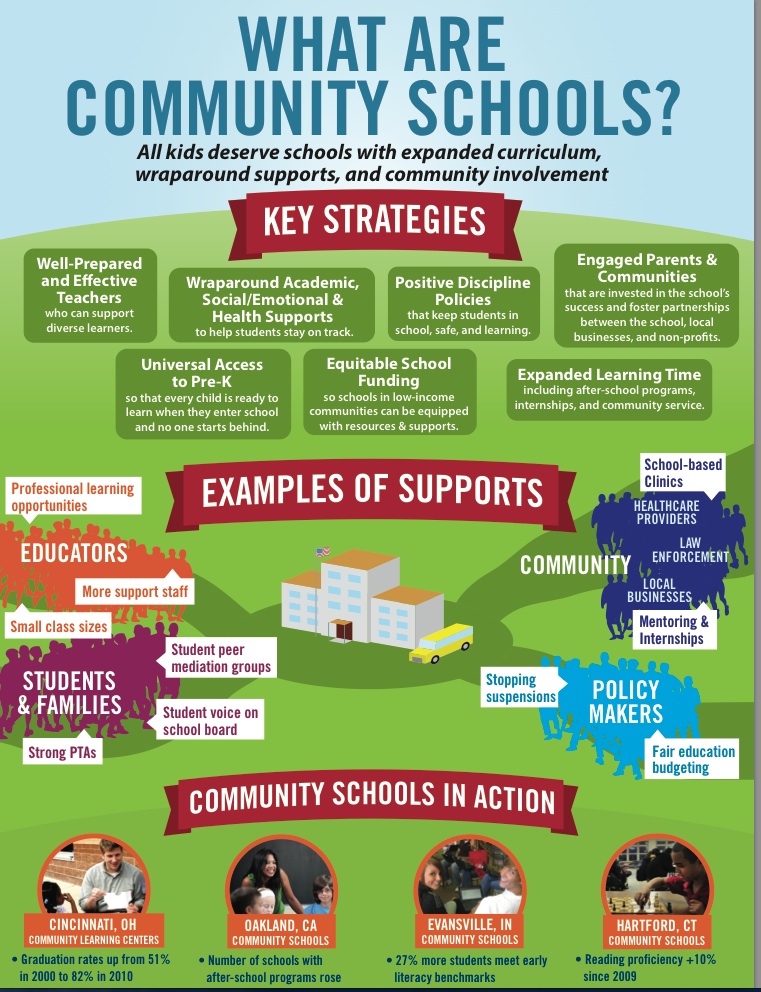 Here’s a fascinating article from the Washington Post on the trend toward “community schools,” which takes a unique approach to addressing some of the problems that plague student academic success.  The article begins by mentioning and dismissing the trend toward charter schools, pointing out that these have been around for a couple decades now and have yet to offer anything groundbreaking in the way of school success, Mike Bloomberg’s recent announcement notwithstanding. The article cites privatization as the real problem with charters, where the focus is on educating for profit rather than meeting student needs.  Some things, the author points out, don’t work terribly well with this for-profit model and education is one of those things.

As a foil for the profit-centered charter school, the article examines in depth the Community School approach, a model  mindful of the range of issues and experiences students face outside their hours in school. Things like health care, employment, transportation, and hunger can directly affect how students experience the time they’re in class, even if everything in school is pretty great. The community approach seeks to have the community — public services, non-profits, businesses — come together to help address those issues.  One school with poor attendance found its students were afraid to walk to school on dark, poorly lit streets. The school worked with the city to install new streetlights and attendance improved dramatically. Other community schools provide tutoring, mentoring, meals, clothing, even laundry facilities — whatever is needed to address problems and keep kids engaged in school.

There’s a lot to like about this model, not least of which is the way it encourages investment from the entire community into the local school.  The school isn’t an island and the kids aren’t strangers; they’re part of a much bigger whole. There’s also the way in which the model empowers the larger community to invest in its own future and devote resources to its own improvement. In this model, participation runs both ways: the community pours into the school, and the students go out into the community serving as interns, volunteers, and trained employees.  And there’s promising evidence that this approach produces quantifiable academic results — 113 New York City schools using this model experienced improvements in attendance, graduation rates, and math scores and declines in grade level retentions.

This idea is actually more than a century old. It can be traced back to Jane Addams’ Hull House, which opened in  1889.  Addams posited that social issues needed to be dealt with holistically and opened Hull House in Chicago as a community cultural center where everything from social activism meetings to college extension classes and art exhibits were held. As this grew, schools, with their more ample spaces,  became the natural successor for these meetings.  Later, John Dewey advanced the idea that in the midst of all the ills caused by industrialization and urbanization, the local school should be the social center of the community – the natural focus for communities to organize social change an 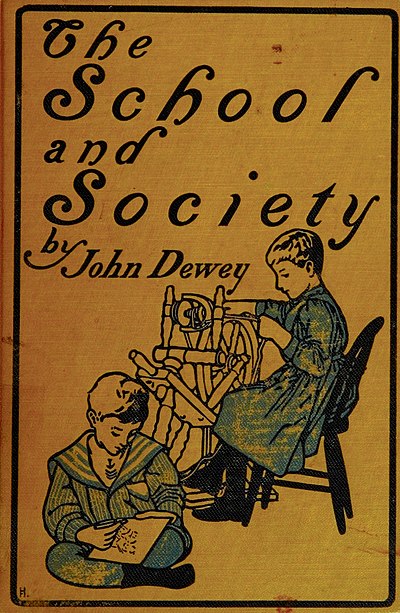 d improvement.  When the progressive era fizzled out, so did the idea of the full-service school, only cropping up now and again — during the Great Depression and again in the mid-1960s, for example — until being resurrected in the last 20 years or so. It’s still not widespread, but it is proving successful in New York City, parts of Chicago, and in California. Part of me wonders if this lack of acceptance is because the approach is diametrically opposed to the quintessentially American idea of pulling oneself up by the bootstraps, or because we tend to go for wide pendulum swings in education and this is too incremental an approach to qualify.

In a recent op-ed for the Wall Street Journal, Bloomberg said “We need a new, stronger model of public education that is based on evidence, centered on children, and built around achievement, excellence and accountability for all.”

Perhaps the Community School approach is the model we’re looking for.

Report from the City of Rochester, NY’s implementation of the Community School Model

Poll: 55% of Teachers Leaving Teaching Sooner than Planned
The State of Civics Education in the U.S. - Part II: What Should Civics Look Like?