The Trouble With Grit 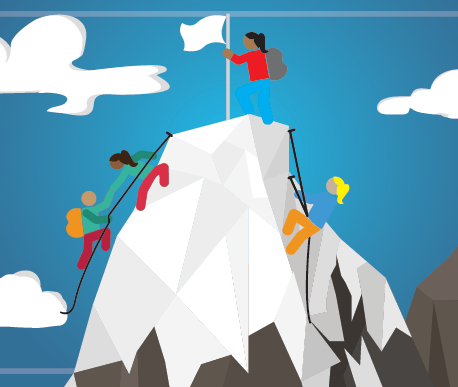 I’ve written about grit in this space before, and I continue to be intrigued with the way grit — the ability to stick with something even when it’s hard — has lasting effects on the so-called “soft skills” necessary for life after formal education.  But here’s the caveat to the grittiness mindset: some issues surrounding academic performance cannot be addressed by, or blamed on, grit.  Instead, we have to lay the blame where it actually belongs: on the structural inequities of the American education system.

Structural inequities occur when the system operates in a way that ignores or denies the needs of one or more groups of students.  An example would be students in poor districts or schools who are expected to function like their peers in wealthier schools even though they are far more likely to have:

If they can’t function in the same ways or at the same level as their wealthy peers, the tendency is to blame this on some lack in their character, but a look at this list shows that no amount of grit on the part of the student is going to result in smaller class sizes or higher salaries for teachers.  Nor will it address a lack of school nurses or college counselors.  So, helping kids develop grit is great, as long as we acknowledge that grit can only go so far and that we as educators and administrators need to address the systemic, structural inequities if we want to truly level the playing field for everyone.  To blame any of this on grittiness is a backhanded way of blaming the students for their problems, though how you can blame a first grader for a lack of computers is a stretch.  It’s not logical; just a convenient way of not addressing larger problems that require redistributing resources, access, and opportunities.

One area where inequity is rampant is in state funding.  Only a tiny proportion of states provide substantial extra funding to high-poverty districts.  Others provide only minimal extra funding and many provide less funding to high-poverty districts than they do to wealthy ones.  Some of these deficits result in hundreds of thousands of dollars less funding per school.  If we want to change the status quo, if we really want to give everyone something approaching the same starting line, this is a good place to start.

Look again at the picture above.  What if we asked kids to climb the mountain with worn ropes, and climbing harnesses that didn’t fit, and carabiners that might or might not lock correctly?  What if we didn’t ensure that they understood how to clip in their lines?  What if there’s no one to belay them, feeding them enough rope to continue upward and standing ready to maintain tension if they fall?  Grit is something to be enabled with appropriate equipment, instruction,  and support. Right now, we’re sending a lot of kids up mountains without everything they need to reach the top.

It Might Not Be the Money
The Intersectionality of Structural Racism: Connecting the Dots