State Standards: Not a Substitute for Curriculum 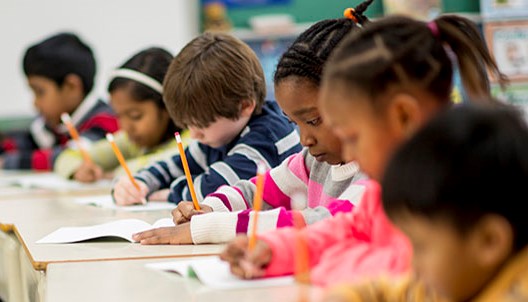 As auditors, we often spend hours poring over state standards and student work artifacts (the actual work students are asked to do in the classroom to show mastery of a standard) looking at how the latter aligns to the former.  Does the work of the classroom really measure mastery of the standard?  The problem is that state standards are often not written in ways that let teachers know specifically what the student must master and how s/he will demonstrate that mastery.  In many cases, despite a lot of words in the standard, how mastery will be demonstrated is a complete mystery.

Here’s a Social Studies standard from the Georgia Standards for Excellence, grade 8:

SS8H7 Evaluate key political, social, and economic changes that occurred in Georgia
during the New South Era.
a. Identify the ways individuals, groups, and events that attempted to shape the New South;
include the Bourbon Triumvirate, Henry Grady, International Cotton Expositions, and Tom
Watson and the Populists.
b. Analyze how rights were denied to African Americans or Blacks through Jim Crow laws,
Plessy v. Ferguson, disenfranchisement, and racial violence, including the 1906 Atlanta
Riot.
c. Explain the roles of Booker T. Washington, W. E. B. DuBois, and Alonzo Herndon in
advancement of the rights of African Americans or Blacks in the New South Era.
d. Examine anti-semitism and the resistance to racial equality exemplified in the Leo Frank
case.

This standard has 13 separate individuals, events, or eras that students are expected to ‘master.’  There are many more standards for grade 8 that are similarly dense.  If an End of Grade test covered all the content specified by the standards, it would take 3 days to complete.  Since the EOG is completed in a single day, some parts are obviously going to be left out.  Which parts are the most critical to know?  More importantly, how, specifically, will students demonstrate mastery?  There are a few verbs in there that might offer clues:

Identify: essentially be able to name something.  Could be demonstrated in several ways, like true/false, multiple choice, fill-in-the-blank, matching.  All very low-level thinking.

Analyze:  this looks promising, but the way analyze is used here is actually more like explain; analysis can’t occur in a vacuum.  Analyze to show what?  For what purpose? A teacher could choose an activity believing that the word analyze guarantees higher-order thought, when the activity might actually be far lower.

There’s a lot of content here, and unfortunately, the clues offered by the verbs used in the standard still don’t offer enough specificity to clarify either priority or mastery.  Many, many standards across all content areas are written with this same lack of clarity.  We see this in the Common Core, the TEKS, the AZ State Standards, the Iowa Core, and so on.  Without that clarity, districts can’t guarantee that students are meeting the expectations the district holds for them, like critical thinking and hands-on learning.

We recently completed an audit in which this last substandard (d) played out very differently between two middle schools in the same district:

School A: students read about the Leo Frank case and then wrote a paper in which they took a position on Frank’s guilt or innocence and supported it with evidence from their study of the case.

School B: students read about the case and then answered a 10-question, true/false quiz about the facts of the case. Some of the questions were “Leo Frank was Jewish,” and “Leo Frank was found innocent.”

Unless districts do the work of refining and prioritizing standards so that mastery is made completely clear, inconsistent interpretation and delivery will continue to be the default.

CMSi can help.  We offer Curriculum Writing , a training that specifically teaches districts how to break down, refine, consolidate, and clarify standards so that they reflect district expectations for delivery and demonstration of mastery. We also offer a stand-alone service, Student Artifact Analysis, that provides districts with deep insight into what students are actually being asked to do in classrooms and how that aligns to the demands of the external tests and the expectations the district has for instructional practices.  Contact us today — we would love to help your district take the first steps toward building a curriculum that improves learning for all students.