The Hidden Cost of Dyslexia 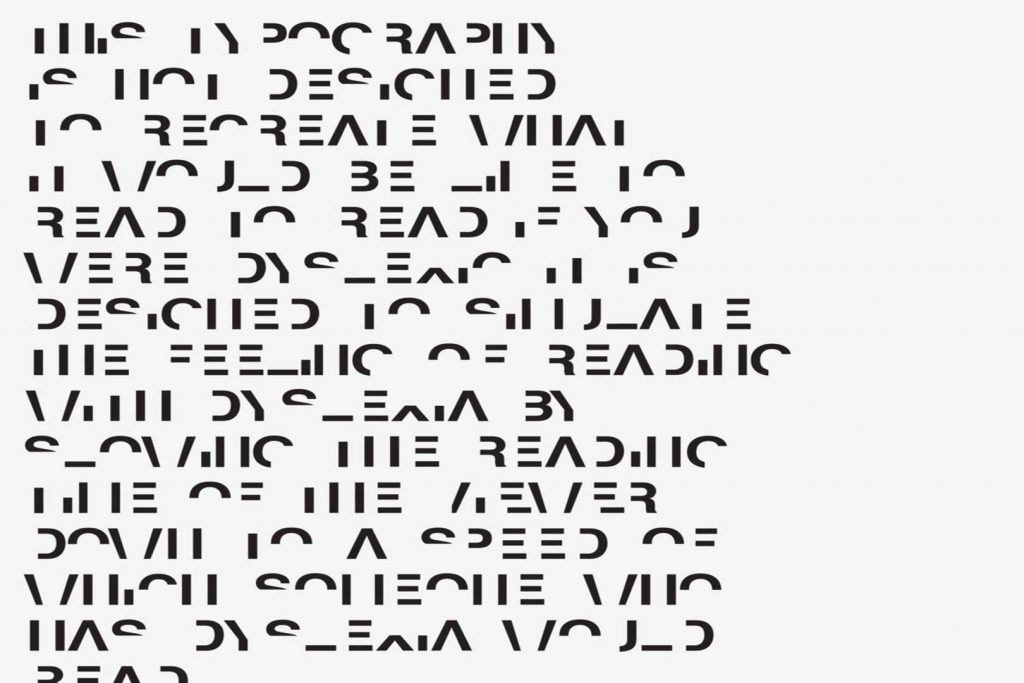 What words may look like for dyslexics. Photo via WiredUK

Many years ago, I had a 9th grade student named R.   R. was a nice kid, but never seemed to be able to earn better than Ds and Fs, no matter how hard he worked.  His handwriting looked like a kindergartner’s, with a mix of capital and lower-case letters in huge block form with some letters missing in words or turned the wrong way.  His spelling was like a kindergartner’s too, mostly at least semi-phonetic but sometimes wildly off base.  He could always answer questions if I read the story aloud in class and asked him about events verbally, but independent reading was painfully slow and comprehension was hit-or-miss.  Finally, in the middle of 9th grade, another teacher and I pushed his counselor to have him screened by the local Area Education Agency.  Turns out R. was dyslexic.

I would love to tell you that from that point on, R. had all the support he needed and sailed off into the sunset as a beacon of success but the truth is that while R. was a hard worker, there were a lot of things in the system stacked against him, not least the lack of available, frequent services at the high school level to help him overcome the dyslexia.  Additionally, he was forced to retake his failed freshman classes in Summer School, where the maximum grade he could earn was a D-.  Why?  Because the thinking of the administration at the time was that if you couldn’t be bothered to do the work during the school year, you should only be allowed to earn a D- (the minimum passing grade) in Summer School. We argued against this strenuously on the basis of R.’s identified issues, that the failure wasn’t a behavioral issue, but were denied. Although R. was now considered a special education student, his parents didn’t understand the program well and were hesitant to advocate for him or push for accommodations.

R. was very much on my mind this week when I watched a CBS Sunday Morning piece called “Dyslexia: Cracking the Code.”

One of the most astonishing assertions in the piece is the prevalence of dyslexia among school children cited by Drs. Sally and Bennett Shaywitz, the directors of the Yale Center for Dyslexia and Creativity, who place the occurrence at one in five children.  A quick Google search will show that others place it somewhat lower, at between 5-10% of the total student population (which is 50.8 million). Translation: somewhere between 2.5 and 5.1 million school children with dyslexia.  If the Shaywitzs’ estimate is correct, the number rises to 10.1 million.  Another sobering statistic?  Of all children with reading difficulties, 70-80% have some form of dyslexia, which can range along a continuum of mild to severe. The implications of these statistics for elementary teachers and parents should be galvanizing:  if a child is struggling with reading there’s a 2 to 3 in 10 chance it’s dyslexia.  Reading problems are the canary in the coal mine.

One of the Shaywitzs’ key findings is that dyslexia is not connected to intelligence.  In fact, actual IQ is usually considerably greater than a dyslexic child’s ability to read and the gap between the two gets wider as the child moves up the grades unless there is intervention.    And intervention is often not as available or comes too late, especially for low income families.  Picture that for a moment:  an intelligent child not able to participate in classroom activities which involve or require reading.  As s/he moves up the grades, reading comprises more and more of the curriculum so s/he becomes more and more isolated from what’s going on in the classroom.  It’s not hard to extrapolate the consequences of this:  anxiety, shame, acting out, shutting down,  dropping out.

Enter a remarkable tuition-free charter school in Baton Rouge, Louisiana called the Louisiana Key Academy. The Louisiana Key Academy’s entire student body is made up of children with dyslexia. The goal of the school is to provide dyslexic children with the support and tools they need to learn to read.  Absent that support,  students would face reduced rates of graduation from High School, reduced entry into colleges, and increased chance of incarceration.

The director of the Louisiana Key Academy cites a chilling finding:  in one Louisiana maximum security prison, over 50% of the inmates screened and tested were dyslexic.  A similar study in Texas found that 80% of inmates in Texas prisons were functionally illiterate and a substantial portion of that illiteracy was caused by dyslexia, particularly by “poor single word decoding,” or the inability to accurately distinguish one word from another. A more recent study found that 48% of Texas inmates were dyslexic.  If dyslexia in the general population is one in five, in prisons it’s more like one in two.

But diagnosis is often spotty, with some people being identified after elementary school (like R.) and others (like most inmates) not being identified at all while in school. Instead they learn to think of themselves as poor readers, bad students, dumb kids.   For many kids the lack of adequate screening for dyslexia at an early age allows them to slip through the cracks because high school teachers are generally not equipped to identify or address reading difficulties.  There is a persistent myth that students can’t be screened for dyslexia until they are 8 years old.  The director of the Key Academy believes children should be screened after Kindergarten. Given the potential consequences of not being diagnosed, she is absolutely right.

To me it further underscores how critical elementary reading programs are, and how pivotal those teachers who instruct and monitor progress toward mastery of these skills.

Give this one a watch.  You can find it on the CBS Sunday Morning website.

Your Brain on Reading
Diplomas vs. GEDs: The Role of Grit in Education