What’s In Your Lunch? 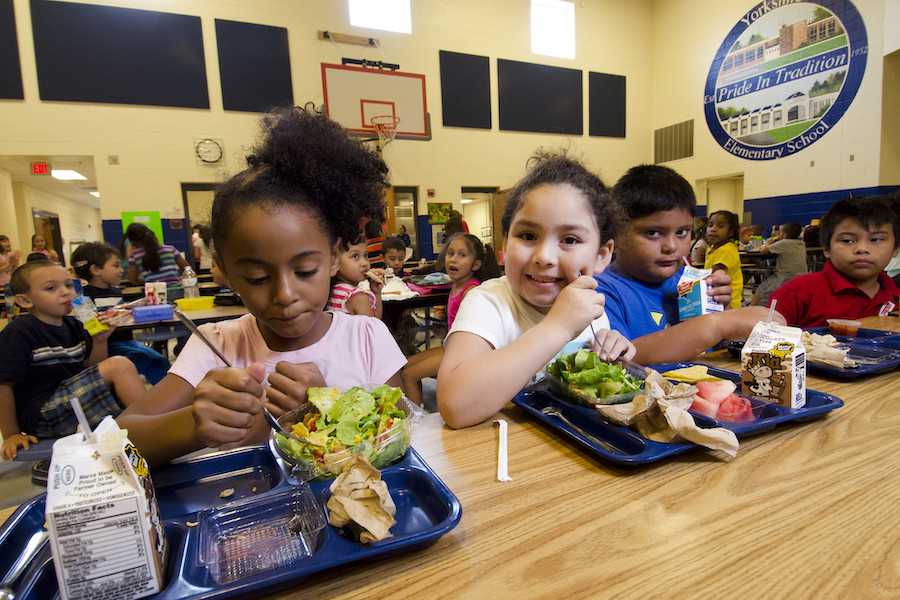 image via University of Minnesota

Let talk about something lighter.

New York City Schools announced in February that school lunches on Fridays would be vegan.  The stated goal of this new program, which already offered Meatless Mondays and Meatless Fridays, was to offer kids healthier options that they might not otherwise have access to.  The new Mayor, Eric Williams, follows a plant-based diet and cited the new Vegan Fridays as a way of responding to the other health care crisis — high levels of obesity resulting in diabetes, heart disease, and cancer.

It’s an interesting response to a problem that has largely been eclipsed (and exacerbated) by COVID. About 40% of NYC schools’ kids K-8 were overweight or obese according to 2019 data, and there’s ample research showing that the lower a family’s SES status, the less likely they are to get fruits, vegetables, whole grains, and quality sources of protein.  About 73% of NYC Schools’ students qualify for Free/Reduced Lunch (FRL) — the group most likely to lack better nutrition.  I absolutely love that the Executive VP of the Food Worker’s Union  — those responsible for serving the food to kids — approves the new vegan menu and suggested that there be some nutrition education along with it to encourage healthier eating.  As he put it, “So if a student learns, you know…eating carrots is good for my eyes, more students may eat carrots, right?” Right.  Beyond the opportunity to incorporate some healthy dietary instruction into the elementary classroom, there’s even the chance to add some environmental learning since meat production world-wide is a major source of methane which contributes negatively to climate change. If kids won’t try the carrots for their eyes, they might try them to help the planet.

The first menu  included “vegan veggie tacos,” with a tortilla and salsa, with broccoli and a carrot-lemon salad on the side. Other planned offerings include a Mediterranean chickpea dish with rice or pasta, and a black bean and plantain rice bowl. All menu items were taste-tested by focus groups of students.

Why is this newsworthy? The New York City Schools have just shy of 1 million students, so the impact here could be considerable.  If it’s successful, it may find its way into other schools across the country. In February, when the vegan menu was rolled out, only about 14% of U.S. school districts offered vegan meals and 56% offered vegetarian meals in at least one of their schools.   New York’s not the first, but they are arguably the largest to attempt this kind of nutritional shift where vegan is the menu and not just one of several options on the menu. In 2018-19, 28.2 million students were eligible for FRL in the U.S.; this number is likely higher since the advent of COVID. There is no shortage of need for better nutrition.

Some news outlets reported this story with pointed laments about the loss of chicken nuggets and mozzarella sticks, apparently ignoring the  3 days per week when students are served meat, and the one day where offerings are vegetarian but not vegan.  Also, kids can have milk whenever they want because it’s required under federal guidelines and according to the city’s Department of Education they can also request a non-vegan option or opt for peanut butter and jelly sandwiches or hummus and pretzels at any time.  They are not without choice.  The Journal of Child Nutrition and Management noted that vegan lunches offered 3 times the fiber in standard lunches, and fiber is an important nutrient that aids heart health, and boosts digestion, weight loss, and cancer prevention. The JCNM also showed that both vegan and regular lunches were within federal guidelines for plate waste. Translation?  The kids ate the vegan lunches about as well as they did the regular ones. I feel bound to say here that kids waste a lot of food no matter what they’re served, but they don’t waste a lot more if the entrée is vegan.

Ultimately, this should help kids be healthier, and healthier kids learn better. And if they learn better while learning to eat more vegetables?  That feels like a win-win.