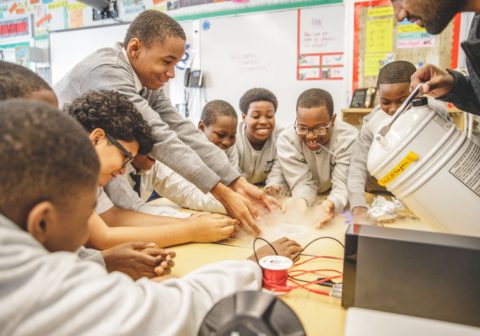 The University of North Carolina at Charlotte published a study in 2016 examining how a pair of urban charter school systems populated with economically disadvantaged students of color were able to realize both high achievement and low discipline rates that the surrounding public schools couldn’t even begin to replicate.  High achievement here means 100% graduation rates and 90%+ college matriculation of graduates.  This kind of success in  low-income urban schools is rare; the researchers naturally wanted to know how they were doing it, and they especially wanted to know how they were able to keep discipline rates so low.

The schools in question were the Urban Prep Academy in Chicago, Illinois and the Harlem Children’s Zone in New York City.  The researchers cited the schools’ models as one reason for their success. Both schools adopted a “no excuses” model, in contrast to the “zero tolerance” models of surrounding districts.  Where “zero tolerance” removes kids from class and school regardless of how it affects the student, the “no excuses” model focuses on creating a culture that promotes excellence and high expectations.  This is counterintuitive in some ways; we often see schools and districts that keep lowering the cognitive demand of school work because of their students’ socioeconomic status and the overall low performance of the school. The system ends up focusing almost exclusively on “the basics” and on comprehension rather than on challenging, real-world activities designed to engage higher order thought.  What happens in such cases is that performance stagnates or declines further, students are less likely to have access to the type of coursework they need to be successful in college, and engagement plummets, reducing learning and increasing the chances that a student will drop out. So that’s the first thing: High expectations for everyone.

Both schools also focused on infusing the curriculum with multiculturalism to make it more relevant for students of color and to focus on instructional methods that better engaged kids in the learning. They worked with teachers to help them understand the economic, social and racial circumstances kids bring into the classroom so they could adapt their instructional strategies appropriately. Note that they weren’t adapting the expectations of the instruction, only the method.  The bar is still high; the teacher is just changing how they get kids there.  That’s the second thing: Culturally Responsive Instruction.

Both schools also made a point of hiring highly qualified teachers. For the purposes of the study, this was defined as:

Clearly all these things contributed to the success of the students. What’s very interesting is how the last one may have directly impacted discipline rates in the schools being studied.  The study found that the schools in the charter systems with the most highly qualified teachers and the fewest inexperienced teachers had the lowest rates of suspension and expulsion.  The reverse was also true: the schools with the fewest highly qualified teachers (and the most inexperienced teachers) had the highest numbers of suspensions and the one with the very lowest proportion of qualified staff (46%) had a significantly higher number of expulsions. 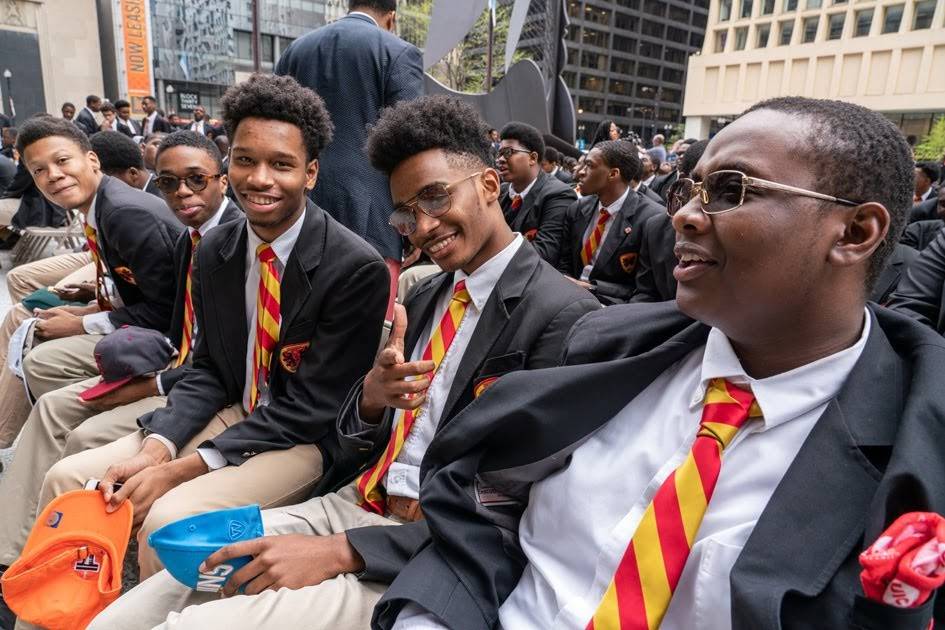 Why would this be the case?  The study stops short of stating an explicit causal relationship between highly qualified/experienced teachers and reduced rates of discipline; it calls it an association instead.  But common sense dictates that the more experienced the teacher the more skilled their instructional strategies and the more competent their classroom management.  Teachers who are highly qualified, as defined by the study, will struggle less (or not at all) with the content of the instruction. As content masters, they have more opportunity to focus on delivery and differentiation tailored to diverse learners.

We also have to acknowledge that higher expectations and culturally responsive instruction make classroom activities more inherently engaging and relevant for students, which is also going to reduce disruption. Engaged kids are busy learning.  All the schools examined had relatively low teacher to student ratios, something else that may impact discipline.  The study points out that “teachers are able to enforce high expectations because the class size allows them to teach based on relationships rather than strictly relying on discipline.”  So these factors — quality teachers, high expectations, smaller class sizes, and culturally responsive instruction — are closely linked to student success.

A few confounders for this data: this is a small sample, just 5 schools.  Three of those schools are African American males only and high school only.  All are charter schools, which means attendance is voluntary — and maybe something stronger than voluntary, both on the part of the students and on the part of their parents and guardians. They really want to be there, and — maybe more importantly — they don’t want to be in the non-charter public schools.  Having the agency to choose a school where you believe you have the best shot at success must have some effect on motivation.  We can’t extrapolate these results to schools everywhere, at least not from a statistical perspective.  But some of these findings really do reside in the realm of common sense.  It’s no secret that the most experienced teachers have traditionally been gifted the easiest, most motivated students in the school, often in the best (wealthiest) schools in the district. All their expertise as instructors is deployed with students who need it the least. It’s also no secret that schools with the highest poverty have the lowest percentages of qualified teachers, the highest percentages of inexperienced teachers, and the highest teacher-turnover rates.  So the kids with the greatest needs get the teachers least experienced with addressing those needs and most likely to leave just at the point when they (the teachers) develop competency.

Like a lot of things in education, there’s no one magic wand we can wave to fix a broken or ineffective system; but for schools with lofty goals for their students, a commitment to hiring experienced, highly qualified teachers checks a lot of boxes.

Out of curiosity, I looked up both schools online to see what they look like today, almost 10 years after the data reported in the study. One hundred percent (100%) of Urban Prep Academy’s 2020 seniors were accepted to college, for the 11th year in a row. Urban Prep Academy also has an ‘Up to and Through College’ support program with the goal of supporting success for its alumni in college.  Harlem Children’s Zone has a 98% graduation rate as of 2020 with a 100% graduation rate for its economically disadvantaged students. They now have an early childhood program and a college success support program. In 2021, 100% of their graduating seniors were accepted to college.

Arming Teachers is Not the Answer
One to Watch: New Mexico's New State Social Studies Standards