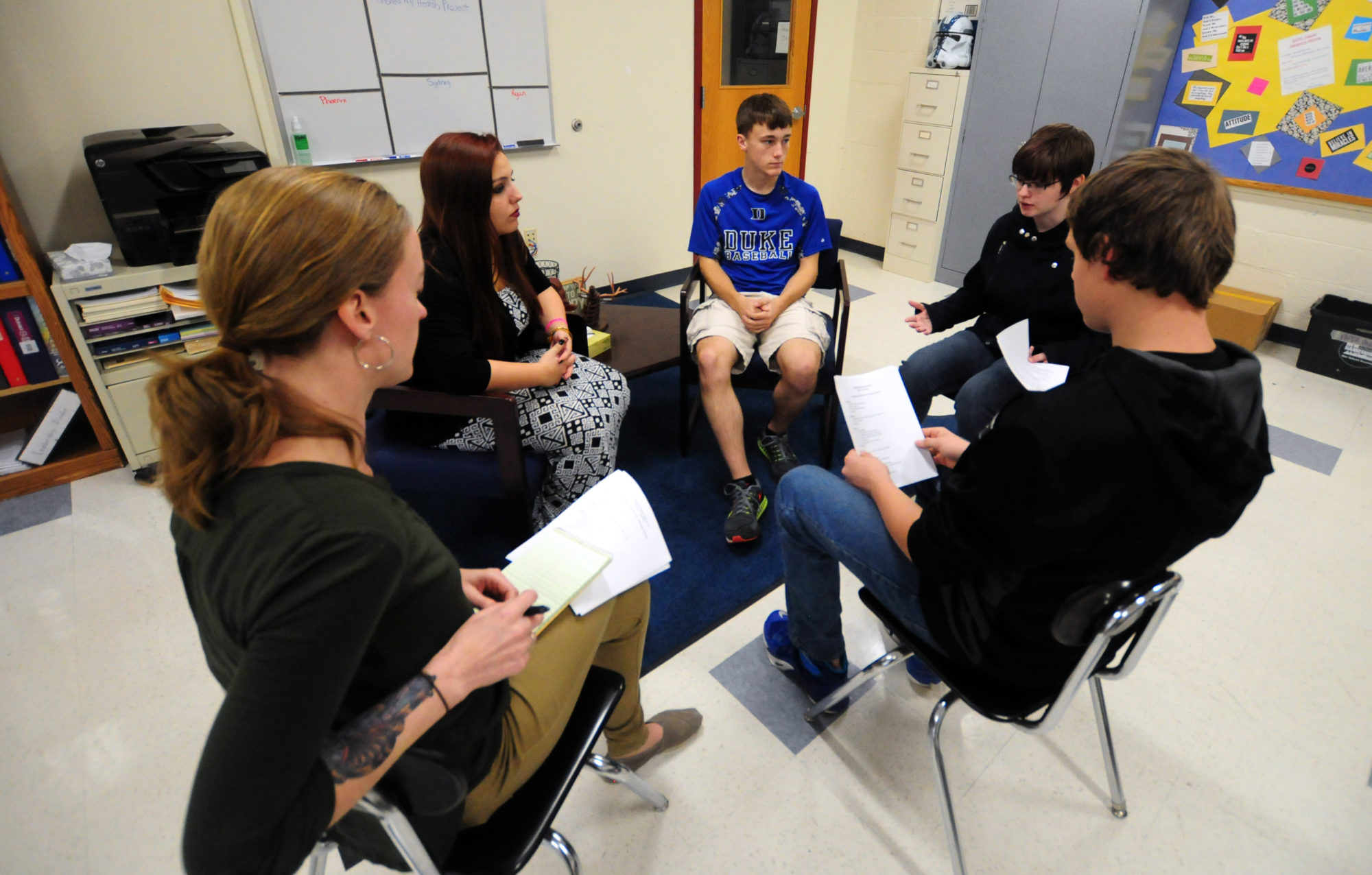 Restorative Practices go by many names — Restorative Justice, Restorative Approaches — but whatever the name, the goal of such practices is to reduce exclusionary discipline in schools, particularly for students of color and students with disabilities.  This is a big and messy problem with a lot of moving parts, which I am going to try to lay out as clearly as possible.

Data show that students of color are over-identified in certain categories of SPED, specifically “intellectual disability” and “emotional disturbance” — two categories that may, depending on the district, have rather fuzzy, subjective definitions. There is extensive data demonstrating that students with disabilities are suspended 2 to 3 times more often than regular students.  For students of color with disabilities, the statistics are even worse: 1 in 4 for boys and 1 in 5 for girls.  That’s the first part of the problem and it’s bad. Unfortunately, it gets worse.  There’s also data demonstrating that students with disabilities and students of color with disabilities are referred to juvenile justice faster and at higher rates. Connect the dots with me: get identified, get suspended, end up in juvie.   Does that seem like a stretch? Not when we look at the data on children in the juvenile justice system: 85% have some sort of disability and a high percentage are children of color. And there’s more:  an MIT study found that 40% of kids who went to juvenile detention ended up in adult prison by the age of 25.

That’s the school to prison pipeline.

Restorative Practices are implemented to try to break the pipeline at the point of suspension for students.  The basic premise is that rather than suspending kids in or out of school (and removing them from class), Restorative Practices requires them to address their infractions by interacting with the victim and undertaking to make amends for whatever they may have done.  This can foster empathy, build community, give kids a sense of self-worth and agency, improve their ability to self-regulate, and create a sense of belonging and connection.  It can be a powerful tool if there’s extensive training and careful implementation; it’s not something that a school or district can just toss out to staff and assume it will work.

A 2019 University of Vermont study published in the Harvard Educational Review cited multiple studies that concluded Restorative Practices were only effective at narrowing the gap between students with disabilities/students of color and white, non-disabled students if there was also a focus on culturally responsive instruction and an equity lens deployed to identify structural racism and ableism.  My favorite quote was this one:

“[Restorative Practices] may result in only marginally narrowing the disparities between the suspension rates of Black and White students, suggesting the need for prevention-oriented, race-conscious or culturally adapted approaches that address the broader contexts in which disparities arise.”

The University of Vermont study’s point is clear: disrupting the pipeline at the point of suspension is not enough. It will work for some, but it won’t work for all because there is a “broader context in which disparities arise.” In other words, there’s a lot that occurs before the point of suspension that must also be addressed, namely overidentification of students of color for SPED (and perhaps a school system that is predisposed to suspend children of color). This in and of itself is a can of worms because it implies a host of other potential problems, like ineffective intervention in the classroom, a misguided approach to addressing learning gaps, possible lack of training in differentiation and scaffolding for kids and particularly for kids of color, and a lack of culturally responsive practices that recognizes the different backgrounds of students of color and adapts content and instruction accordingly to increase engagement and retention. There may be other factors as well, such as a lack of qualified teachers or a lack of resources or a lack of access to rigorous curriculum or poor alignment of curriculum to external tests, or all of these at once.  There may also be a dearth of critically important personnel like nurses, psychologists, and social workers. Many, many schools have a school resource officer but no nurse or psychologist on site. Finally, there may be issues outside of the school’s control: poverty, hunger, transience, abuse, incarcerated parent, and so on. All of these occur well before the point of suspension but contribute to that inflection point pretty significantly. 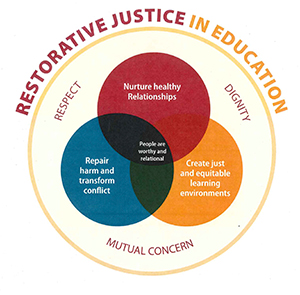 If we were trying to address a problem at a beach where many people had drowned and our solution was to patrol the area with boats, we would have to acknowledge that this is only going to be partially effective because we are trying to break the cycle at the point where people are already in jeopardy. If, however, we intervene before they’re in jeopardy — post warning signs, hire lifeguards, put up a floatation barrier where the water gets deeper, close the parts of the beach that are the most dangerous, require swimming tests to enter the deeper areas, teach people to swim — we save more lives than if we just rely on the boats.

The research indicates that RP can’t just be responsive to problems — it must be proactive, working to build relationships, offering kids some agency in decision making,  building trust, and cultivating a growth-mindset in which failure offers a reset for behavior, a chance to reflect,  and an opportunity to restore instead of a ticket out of class.  When RP permeates the culture of the school (or district), there is a sense of connection between all stakeholders. If it’s only deployed for discipline, kids may become skeptical of participating, relegating it to a series of hoops they must navigate rather than something that should be internalized.

This is important to keep in mind as more research on Restorative Practices emerges. I have no doubt there will be studies showing they’re ineffective at reducing gaps (or maybe just not effective enough) and suggesting they be abandoned.  I think that’s a misdirect that fails to note what this study demonstrates: Restorative Practices can and do work when we put the time and effort into building an equitable system around them.