The Communication Symphony: The State of Writing Instruction in the U.S. (Part 1 of 4)

This is the beginning of a 4 part series on how the major ELA skills of reading, writing, and speaking & listening are taught in U.S. classrooms and how they should be taught, given what we know about the various regions of the brain required to read, write, and speak and how they’re connected (or not). This series draws on a fair amount of brain research which can get a little technical.  You can refresh your memory on the basics of brain function as it relates to learning here. 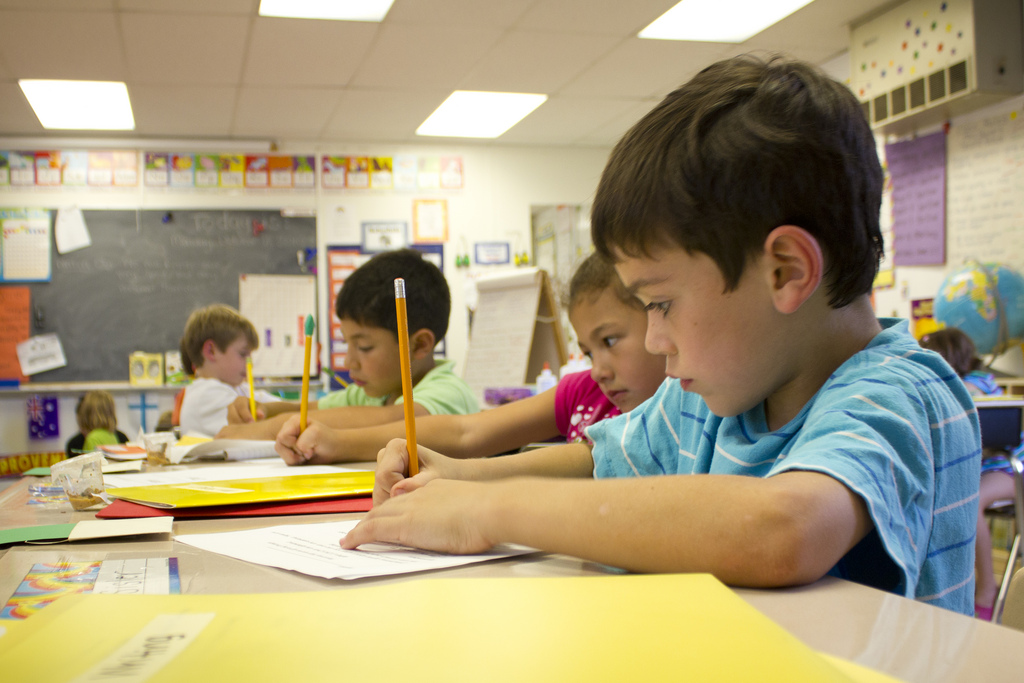 Across the various state standards and the Common Core, Reading, Writing, and Speaking & Listening are the primary pillars of ELA content.  Possibly because of how objectives are written, and because of the ways in which high-stakes tests emphasize or exclude content, these three disciplines may be taught with some degree of isolation from each other, with widely varying degrees of emphasis, even though there is ample evidence that they are fundamentally intertwined in the human brain.  All are important to function in the adult world.  Let’s look at writing first.

In spite of the importance of teaching writing, it often gets short shrift in U.S. classrooms.

Writing is a critical skill in many jobs where it was previously not considered necessary. Even some blue collar jobs now require writing to communicate procedures or results. The use of email for communication requires nearly all workers to be able to clearly communicate information in writing. Statistically, though, many students aren’t attaining a level of competency that allows them to participate fully in all required written activities.  In the United States, approximately two thirds of 8th- and 12th-grade students scored at or below the basic level (denoting only partial mastery of grade-level writing skills) on the most recent Writing Test administered by the National Assessment of Educational Progress (National Center for Educational Statistics, 2012). The relatively poor performance over time on this and other indicators of students’ writing skills led the National Commission on Writing to label writing a ‘neglected skill’ in American schools. In case you’re wondering, as I did, if 2012 is really the most recent measure of the state of writing achievement in the U.S., it is.  That, too, is an issue with writing instruction: how and how often is it being assessed and to what standard?  And what, if anything, is being done with the results?

In the U.S., the amount of time spent teaching writing decreases after grade 3. The most frequent reason given for the decrease is the difficulty in providing feedback, as in, it takes too long to read student writing and then offer written feedback.  That seemed a little fuzzy to me, though as a former English teacher, I certainly understand the time commitment involved in reading and grading student writing.  When I dug a little deeper I found interesting research that fleshed out the problem further.

Some other issues emerged surrounding writing, such as the lack of real world contexts.  The problem here is that the teacher is the student’s only audience, so the de facto purpose of the writing is to please the teacher rather than, say, communicate with a state senator about an issue you care about or describe and interpret the results of an experiment you designed.  Other issues included infrequent formative evaluation, lack of classroom resources for teaching writing, a lack of attention to the motivation for writing (voice and choice) and an over emphasis on high-stakes test writing prep. This last one gets me because some high stakes tests like the STARR (Texas) use only one or two types of writing – Personal Narrative and Persuasion, say, – so kids spend all their time on these two types and never do comparative literary analysis or cause and effect, or whatever.

The state of writing instruction in the U.S. is not as solid as it should be – certainly it’s not consistently undertaken across U.S. classrooms, and it may not be consistently undertaken across classrooms within a single district.  This has been clearly observable in CMSi Curriculum Audits conducted in the last 7 years.  In part 2 we’re going to look at why we should care about this, and why direct instruction is so necessary for both reading and writing.

The Communication Symphony: What’s Innate and What’s Not? (Part 2 of 4)
How Does Our Culture Shape Us?