How Does Our Culture Shape Us? 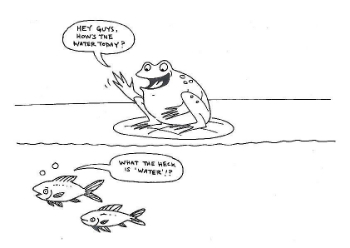 Culture is one of those things that we recognize in other people groups but have a hard time identifying in ourselves.  But almost nothing is more powerful in shaping how we view and interact with the world around us than the culture in which we grew up in or in which we currently live.  One of the recent episodes of the  Freakonomics podcast looks at how the U.S. is different from the rest of the world, beginning with how we differ culturally from other nations.  This is the first in a series of episodes looking at these various points of divergence and why they’re important to consider when we look at practices and policies that seem to work well in other parts of the world but fail miserably in the U.S. (and why some of our ideas and institutions have failed outside of the U.S.). There’s an obvious connection to education: it’s the job of schools to educate everyone, regardless of country of origin, first language, economic status, gender, race or ethnicity. Awareness of our own culture is an important starting point for improving our ability to do that.

One of the first things mentioned on the podcast is cross-cultural psychology – the practice of studying psychological principles across cultures rather than in a Western, industrialized, mostly wealthy context. This type of study is critically important because there are a great many psychological “truths” posited in recent decades that turn out not to be true for all cultures across the board. In other words, these aren’t true for all humans, only for some humans under certain cultural conditions.  The other major reason this field is so important?  Psychological studies are currently dominated by Western subjects and particularly by American subjects.  And I really mean dominated: 97% of all studies in the world are Western and 70% are American. This means their findings can really only be applied to Western, industrialized, wealthy countries, and some research findings can really only apply to Americans.

This, of course, has implications for how we relate to other cultures, both in the wider world and within the culturally diverse U.S..

Some things to note from the episode:

There’s a lot here that is relevant to education, both in how we interact with children and families from other cultures, and how we understand the ways our culture has chosen to value certain traits over others without there being an absolute reason to do so, and how we, as a relatively loose culture, still may subconsciously apply norms more tightly to certain groups.  It’s also valuable to use this lens to analyze why some pedagogies don’t work with some kids.

You can listen to The U.S. is Just Different – So Let’s Stop Pretending We’re Not on the Freakonomics podcast on Spotify, Apple Podcasts, Stitcher, or wherever you get your podcasts.

The Communication Symphony: The State of Writing Instruction in the U.S. (Part 1 of 4)
Middle Schools and the Problem With Research