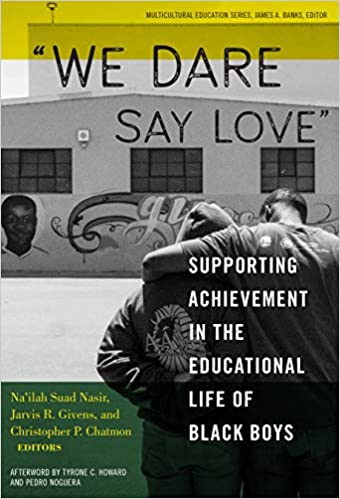 The second book in our equity pedagogy series is We Dare Say Love: Supporting Achievement in the Educational Life of Black Boys, Edited by Na’ilah Suad Nasir, Jarvis R. Givens, and Christopher P. Chatmon.  This book chronicles the program begun in the Oakland Unified Schools to address their most at-risk and underserved population: Black male students.

The program sought to ameliorate a range of obstacles faced by Black boys (both in Oakland and in the U.S. as a whole). These included:

What’s interesting about the program (the African American Male Achievement Initiative – AAMA) is what the creators deemed foundational to its success: relationships.  The three-pronged approach to this was 1)  the Manhood Development class to provide a safe space for Black student voices and to offer the social-emotional support lacking within the system while also advancing their academic skills; and 2) Black, male instructors that would provide the support and encouragement and modeling of what it means to be a successful African American man.  What’s even more interesting — and convicting — is that they elected not to seek out certified teachers for these positions.  Instead, they hired Black men with a demonstrated ability to form successful  relationships with kids. These instructors came from youth programs, church programs, and other arenas where they had worked with teens in capacities that required relationship building.  The last part of the initiative was 3) a curriculum focused on character development, history, and identity called the Khepera Curriculum. 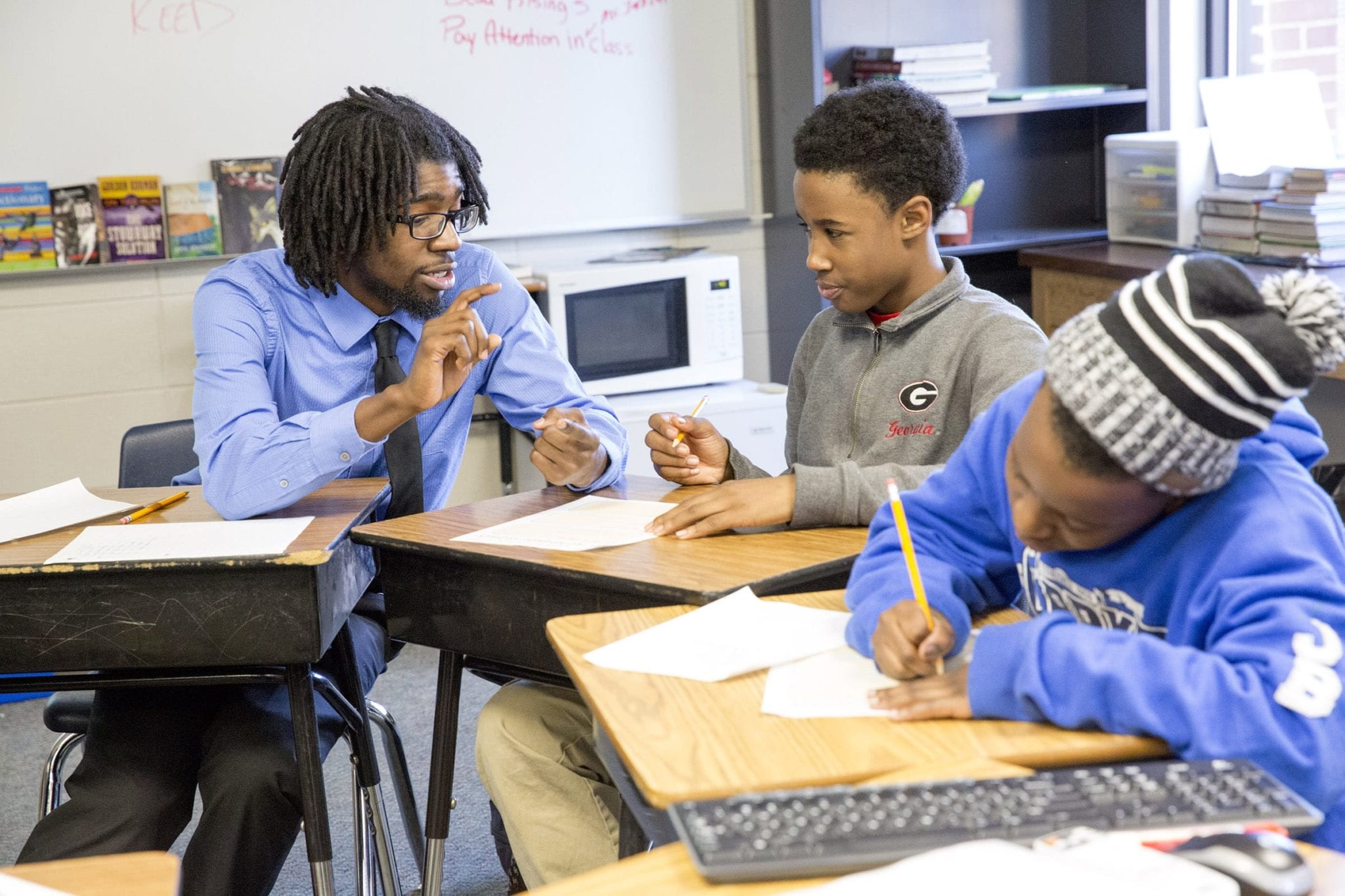 Image via The Education Trust

Several things stood out for me from this book:

Out of curiosity, I looked into OUSD’s achievement for their Black students and was surprised to find that academically, there hadn’t been a lot of improvement since the program was instituted.  There are a couple things to keep in mind: the data available were only for performance on high stakes tests in California, not on AP, ACT, SAT, etc. Also not visible to the casual searcher is the percentage of students going on to 2- and 4-year degrees.  Academics are only one measure and programs such as this one have positive impact long-term in a number of other areas such as stable relationships, high quality jobs, college attendance, housing, and health.  Whether the district is tracking these outcomes is unknown.  The lack of academic improvement in the short term may have more to do with the district’s general curriculum and how well it prepares students for high-stakes tests (coupled with the other factors cited above which have not been effectively addressed)  than with the AAMA program itself.  Some other data I found: As of 2017, Discipline remains unevenly applied throughout the district with Black students suspended at 11 times the rate of Whites. Black students still lag an average of 4 grade levels behind White students and still do not have the same representation in more challenging courses such as AP.   As of 2019, the proportion of Black teachers relative to the population of Black students is better, but still lagging somewhat (19% Black teachers, 24% Black students).  These are all district-level (and to some extent school-level) issues that won’t be fixed by a classroom program like AAMA. They require revision of district policy and extensive monitoring and accountability. 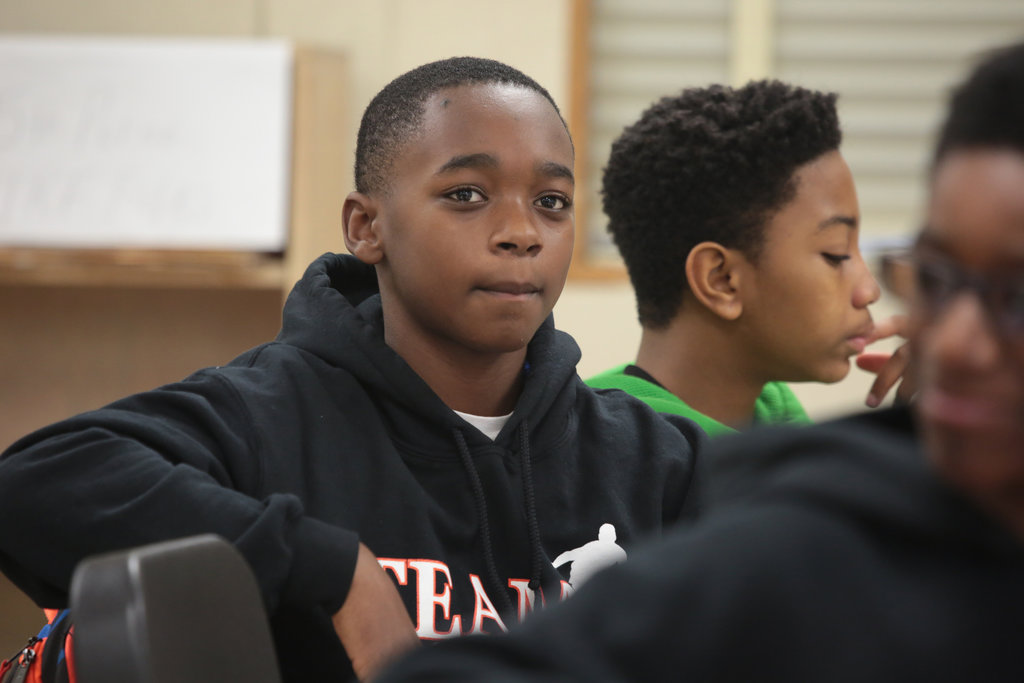 What I think is valuable from this book is how the program identified local, cultural, systemic obstacles,  formulated a very clear and specific vision for African American boys in the OUSD, and then enacted that vision.  Ten years later, that vision has expanded now to encompass African American girls and Asian and Hispanic students, centering the voices and experiences of these students and offering them the same social-emotional and academic support and curricular electives that appeal to their cultural backgrounds.  The program has a goal and everything in the program, from curriculum to staffing to resource allocation, is aligned to that goal.  This type of goal, this vision, is often lacking in schools trying to promote better equity practices; they are great at identifying deficits but have trouble building the vision for what an equity-focused district would look like, especially from the student’s perspective.  I think, too, that the emphasis on relationship and the decision not to use teachers in the mentor positions should give us pause and perhaps prompt some reevaluation of hiring and professional development processes for certified staff.  What does it say about a teacher if s/he can’t form relationships with students or can only form relationships with students of his/her own race or SES?  Lastly, the book highlights one of equity’s most important principles: the need to focus more resources toward areas of greatest need.  OUSD recognized that Black boys were struggling and directed more resources to address their struggle.

All change is incremental and usually slower than we want.  The tragedy here is the number of students who will fall through the cracks while we’re waiting for change to occur. This book offers a guide to formulating and enacting a vision for positive change that offers hope for kids.  Imagine what success it could achieve if the full economic and political power of the district were behind it?