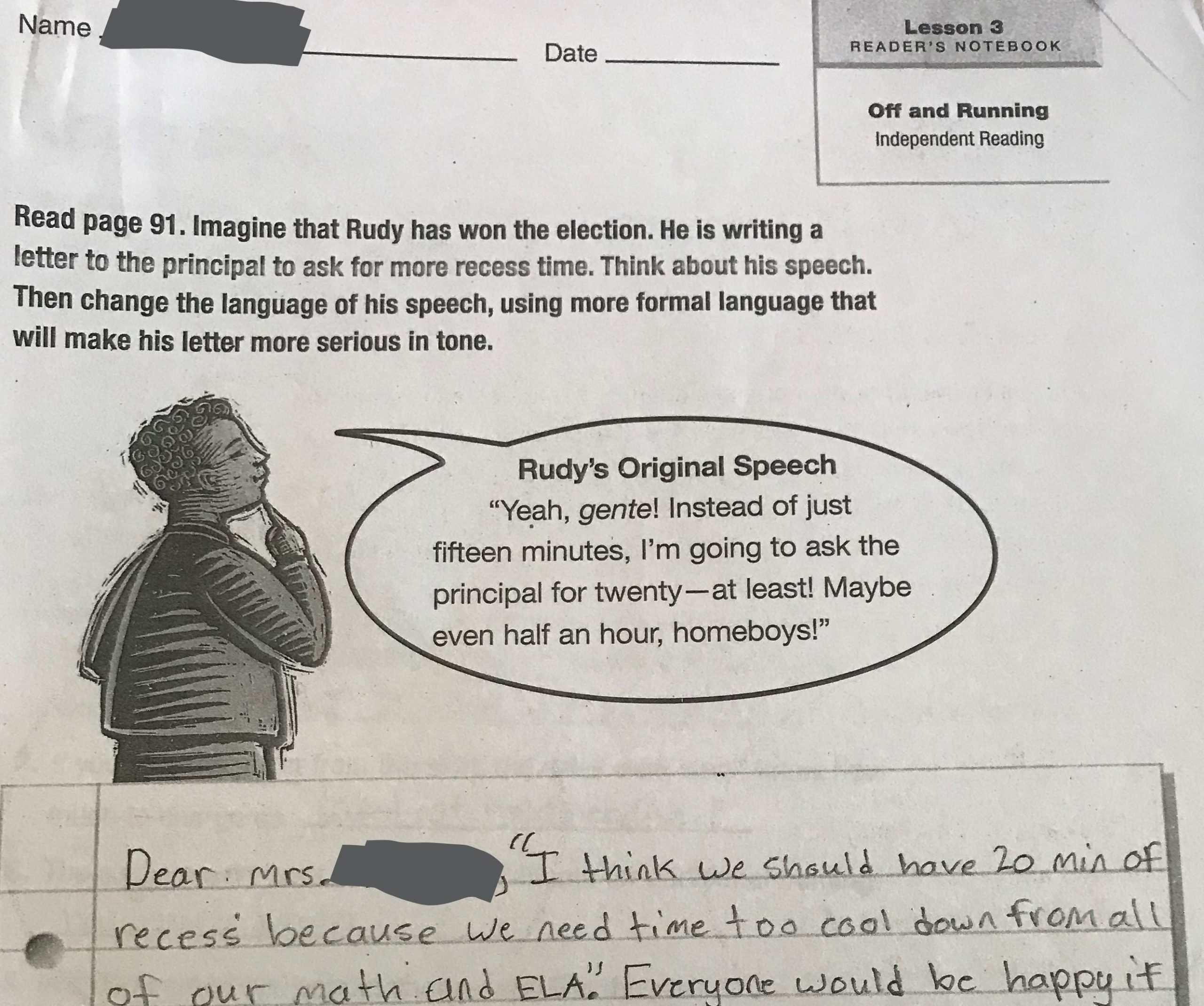 Student work artifact collected from an audit in 2019

One area in which districts must be vigilant is in the vetting of resources. Resources must be vetted for a variety of reasons,  including alignment to the district’s curriculum and to external assessments in use, but resources must also be vetted for bias – language or imagery which employs racist terms, perpetuates stereotypes, marginalizes certain groups, or seeks to minimize or discount their experiences.

In the process of analyzing student work artifacts, auditors encounter many resources from large publishing houses and purchased resource packs all the way down to activities marketed on Teachers-Pay-Teachers or similar websites.  Because the pool of available resources is so vast, it is relatively easy for biased language and imagery to slip by unnoticed and unchallenged.  Some of these examples of biased or minimizing language are well documented:

CMSi has also encountered bias in resources, including:

Still other textbooks include or omit information based on what they feel is most palatable to the purchaser:

Or they fail to address groups in anything other than a historical context, as though they ceased to exist (or at least have any relevance) after a certain point in history. This is particularly true of how Native Americans are presented in history texts.

All of these resources are problematic and detrimental for both students of color and white students alike.  For students of color, such resources reinforce — and perhaps help internalize — negative stereotypes, and devalue their and their ancestors’ contributions to the growth and development of American Society and the American economy.  For white students, particularly those who have few or no students of color in their schools, such resources subtly and not so subtly reinforce ideas about White superiority or reaffirm a White Redemption Narrative — wherein people of color would not survive or thrive without White intervention and correction.

Vetting for bias is critical;  equally critical is the need for districts to provide a robust selection of quality, unbiased resources – resources that affirm the contributions of multiple groups and honestly discuss the failings of some groups in their interactions with others.  Many of the examples above were discovered by parents or students of color who recognized the ways in which the textbooks were devaluing their contributions or attempting to reframe their negative experiences as something less pejorative.  Students of color can and do recognize when they’re being gaslighted.  Making sure that teachers and parents can (and do) vet resources with an equity lens  before adoption is an important level of transparency for districts.  Once vetted, teachers need enough of these bias-free resources to have ample choices suitable for diverse learners and multiple ability levels. Maintaining such a pool of good resources decreases the likelihood of bad ones creeping into the mix.