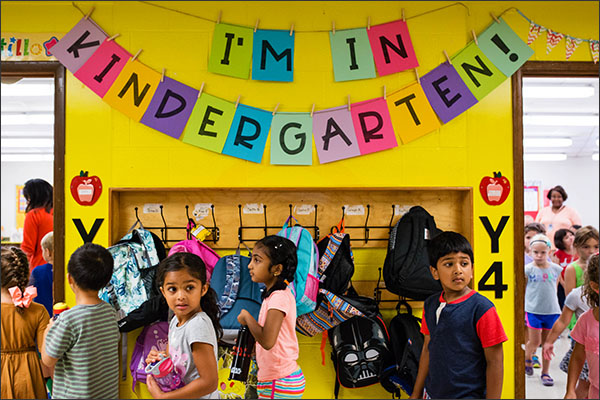 How important is a good Kindergarten teacher?  When measured in terms of lasting impact on test scores, the answer is “not very”; gains on standardized test scores actually fade over the subsequent elementary years.   By grade 8 or so, the impact fades to the point that those children look about like their peers who were not placed with a good teacher. That was according to an experiment in Tennessee designed to measure the academic impact of Kindergarten placement on children in low-income schools. This is not an unusual finding:  a similar study on Pre-K found that by grade 3, the effect of preschool on test scores had faded.

Raj Chetty, an economist at Harvard, wondered if the researchers hadn’t studied the effects on students long enough to get a true picture of the impact that might be occurring.  He took the Tennessee data on Kindergarten placement and correlated it with tax records and other documentation and found some really startling results:

I have written about “soft skills” in this space before:  those skills taught in school that are not really measurable on tests but that have an impact that may last well into adulthood.  What is fascinating, is that both studies I have cited have measured the impact of very early childhood education — Preschool and Kindergarten, respectively.

The research suggests a couple of things:

What happens before age 7 really matters.  Good teachers and smaller class sizes are critical for early childhood education.  It wouldn’t be a stretch to say that districts need to focus resources in the Pre-K-Grade 2 band with the most experienced teachers in classrooms with fewer kids.

We are playing the long game.  These results aren’t necessarily going to boost test scores for very long, but education isn’t a simple process of inputs in, results out.  Children aren’t machines.

I love it when economists look at educational factors; the perspective here is very enlightening.  I have yet to encounter a district whose mission statement doesn’t include something along the lines of “helping kids be good citizens of the world”; Chetty’s research seems to indicate that this is how we do that.

You can read the entire report on the economic impact of Kindergarten placement on Raj Chetty’s website.