The Invisible Cost of Desegregation 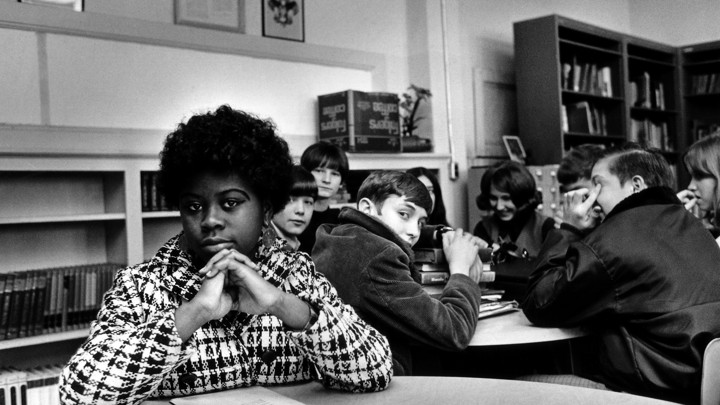 Photo courtesy of The Atlantic

Brown v. Board of Education was a landmark case in the U.S. — the case that decreed segregation in public schools was unconstitutional.  Separate but equal was prejudicial.  The press covered the brave children who formed the vanguard of integration and their trials were real and difficult.  But one critical effect of integration is almost willfully overlooked.

And it’s a biggie.

Prior to Brown v. Board, black children were educated in schools staffed by black teachers and administrators.  In that era, few realms of employment were open to educated African Americans.  One  that was, however, was teaching, so many of the most intelligent and highly educated black men and women became teachers.

When integration occurred, in many cases it was accomplished by closing black schools and redistributing the students among the white schools.  The net result of this in almost all cases, was the firing of black teachers.  This was most common in the South but it occurred to some degree in many places.  In 1954, when Brown was decided, there were 82,000 teachers in the South.  By 1964, that number was reduced by half.  The number of black teachers in the U.S. as a whole has never recovered from this.  The proportion of black teachers to black students remains very uneven.

Why does this matter?  Because educational equality is largely dependent on who holds the power in the classroom:  the teacher.

A 2016 study by Vanderbilt University attempted to discover why black students were 66%  less likely to be recommended for gifted programs than white students.  They tried every means of controlling for statistical differences they could but the result was the same: the gap could not be explained by poverty, health of the parents, education of parents, age at which they started school, etc.  Until they wondered what would happen if they looked at the race of the teacher.  Turns out that:

For a riveting description of all of this, listen to Malcolm Gladwell’s Revisionist History podcast, on Apple Podcasts, the RH website, or wherever you get your podcasts.