A Dream Denied: The Resurrection of Racial Segregation in Public Schools 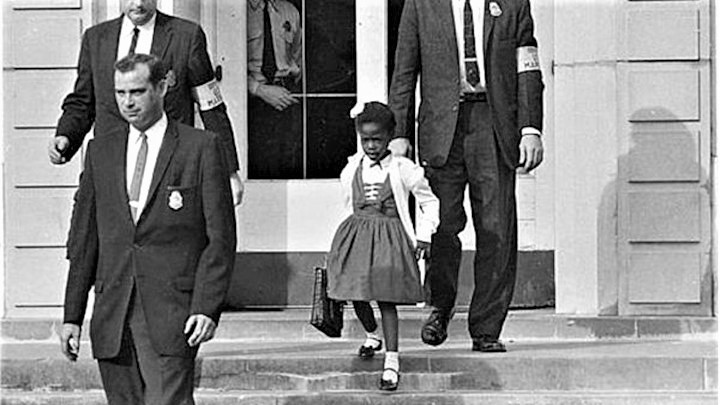 Segregation is something that many people think occurred in the past.  They may have a hazy image of the Norman Rockwell painting of Ruby Bridges being escorted to school by U.S. Marshals.  Or they may never think of it at all, either because they are unaware of it outside of knowledge needed for a social studies test or because they believe it to be a problem we solved decades ago. Since the courts have reduced their oversight, even districts still under desegregation orders are not always aware of those orders are still in force, or even that they ever existed at all.

Unfortunately, although the landmark Brown v. Board of Education decision occurred in 1954, and some progress was made in the following decades toward integrating our nation’s schools, we are seeing a steady return to the racial segregation that prompted Brown in the first place. The problem is not only not solved, it is returning in new and insidious forms.

This really passes “unfortunate” and leaps straight to “tragic” because we know that at the  height of integration, in the 1970s and 80s, the achievement gap between whites and minorities narrowed faster than any other time in history.  It’s astonishing that we seem to have forgotten that, when even a brief survey of current education literature reveals considerable preoccupation with the achievement gap and how to solve it.  And ample evidence exists to confirm that African American and Hispanic children in integrated schools both learn more than those who remain in racially segregated schools and perform better in college attendance and later employment.   The opportunity to attend an integrated school has repercussions for a student’s entire life.

It is easy from some perspectives, to assume that if students want to do well, they have only to apply themselves. They can be successful even in poor systems.   Or, to assume that people can merely open-enroll their children in better districts, notwithstanding the added complication of transportation, or of laws such as those in Missouri which allow districts to charge transfer students tuition if they open-enroll to a district outside their own.  These fees for “free” public education can reach $15,000 and are quite obviously beyond the ability of many – most – parents in poor districts to pay.  And that seems to be the point of such a punitive system: keep “those kids” where they are.

It is also easy to forget that the players in this drama are actual children, whose parents want bright futures for them, and who understand all too clearly how the system is failing them.  The human cost, the dreams deferred, the futures blighted – these are incalculable.  And appalling.

In 2014, in the wake of the Michael Brown shooting in Ferguson, Missouri, journalist Nikole Hannah-Jones was struck by something Brown’s mother shouted at police officers in the immediate aftermath of his death.  She said, “Do you know how hard I worked to keep him in school?  Do you know how many black boys graduate from High School?”  Those anguished questions led Hannah-Jones to look further into Michael Brown’s schooling and the result is a powerful and disturbing exposé of our broken educational system and its impact on African American children.   The voices of the students who want a better education are clearly portrayed, as are the voices of the many forces arrayed against them. Listen to “The Problem We All Live With”  Parts I and II and try not to let your jaw drop every time you remember that this all occurred not in 1954 but in 2015.

Note:  At the time of this writing in June of 2018, the podcast was 3 years old and Missouri was, at last report, considering a bill that would make open-enrollment more accessible to all students. We were unable to ascertain whether this bill passed.