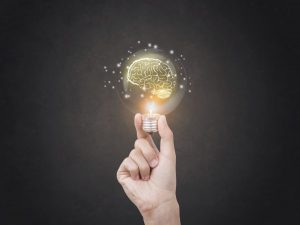 An interesting piece of older research came to light when we produced a literature review on best practices in Gifted and Talented education.  Identifying giftedness is often a stumbling block for districts because traditional identifiers tend to produce GT populations that are fairly homogenous. In particular, they tend to produce populations that are lacking in ethnic and socioeconomic diversity.  Poverty plays a big role in determining a child’s placement in GT programs; the lower the socioeconomic level, the less likely a child will be placed.

A 1985 study tried to determine what would happen if the student population left over after GT students were identified and placed was reassessed for potential giftedness using a combination of non-verbal developmental tests, teacher assessments, and peer interviews to identify those students whose potential giftedness had not previously been identified through the traditional process.  This new pool of students closely paralleled the ethnic make up of the school without the need to manipulate results to achieve that effect.

Researchers took this new population and over the course of the school year treated them as though they were gifted, giving them more complex tasks, focusing on higher-order thinking and enrichment, and encouraging them to explore areas of interest more deeply.  Along the way they provided extra support for those verbal skills which students did not yet possess.  The result?  Forty percent of those students went on to be identified as gifted under the traditional system of identifiers.

For us, there are two take-aways from this research. First, it underscores the need for flexible, non-traditional assessments to identify giftedness. Second, and more exciting, is the idea (confirmed in other research) that all children can benefit from instruction that is intellectually challenging , not just those who are more “gifted” than others. This is the premise behind our Cognitively Complex Instruction training for teachers, which offers a more thorough investigation of the research behind engagement and cognitive demand and provides teachers with hands-on practice developing activities which are both engaging and cognitively challenging.

You can read the whole Gifted and Talented Best Practices lit review on our Free Resources page.